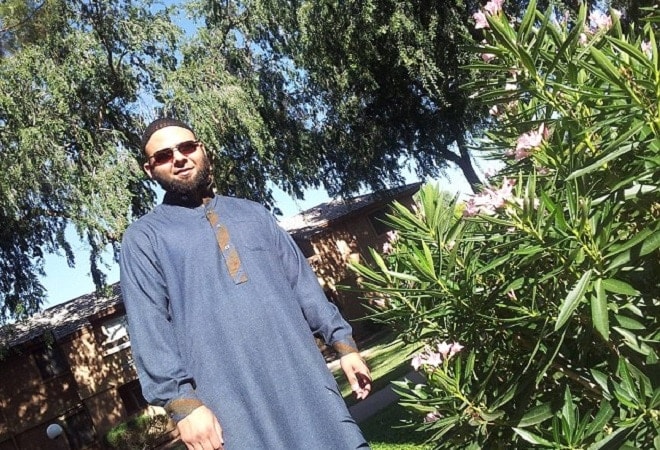 ATF officials contend the gun sold to domestic terrorist Nadir Soofi at a shop which was part of the Fast and Furious sting was at the time a legal transfer. (Photo: Facebook)

After news that a gun linked to the Texas Muhammad cartoon attack may have had ties to a controversial Bureau of Alcohol, Tobacco, Firearms and Explosives gun walking program, advocates are calling for congressional scrutiny.

This week it came to light that Nadir Soofi, one of the terrorists left dead in the Curtis Culwell Center attack in Garland, Texas, in May had in 2010 purchased a handgun at a licensed gun dealer, Lone Wolf Trading in Glendale, Arizona, who was actively working with the ATF by allowing straw buyers and criminals to purchase firearms.

Lone Wolf, who completed numerous unlawful firearms transfers with the expected end-user being Mexican narco cartels, was part of a sting run by authorities aimed to track the movement of the illegal guns as part of a program termed Operation Fast and Furious.

However, the ATF told Guns.com on Tuesday that Soofi, in fact, legally purchased the 9mm handgun from the store and the transfer had not been reported as suspicious at the time. At the time of the purchase, Soofi owned a carpet cleaning business in nearby Phoenix.

“ATF’s role in the Garland investigation primarily involved tracing recovered firearms; the results of those traces were immediately provided to the FBI and Texas law enforcement authorities. Soofi was never a subject, target, person of interest, or defendant in Fast and Furious–or any other ATF investigation,” ATF representative Jennifer Cicolani advised by email.

Nonetheless, the coincidence alone is a red flag to gun rights advocates, now clamoring for lawmakers in Washington to get to the bottom of the matter.

“Although the Garland gunman was not connected with Fast and Furious, because he was allowed to buy a handgun after a reported delay was placed on the transaction, we think Congress has good reason to ask more questions about the operation,” said Alan Gottlieb, chairman of the Citizens Committee for the Right to Keep and Bear Arms, in a statement.

“This new revelation shows that not only did the operation put guns into the hands of Mexican drug cartel gunmen, it now appears that a future would-be terrorist was allowed to buy a handgun at the same time,” Gottlieb said.

“While our sources tell us that the gun Soofi bought was not recovered in Garland,” he said, “the fact that he was able to buy that gun says the operation should have been called ‘Fast and Loose,’ and the House Committee on Oversight and Government Reform, now with a new chairman, should dig back into this mess and find the truth.”

While committee chair, Rep. Jason Chaffetz of Utah, has not commented on the Soofi gun controversy, Sen. Ron Johnson, R-Wis., sent a letter last month asking U.S. Atty. Gen. Loretta Lynch for an explanation of any links between Soofi and the questionable gun walking operation.

As reported Tuesday by the Los Angeles Times, that letter so far has gone unanswered by Justice officials.