Eleven bounty hunters searching for a wanted fugitive out of Oklahoma – and using a bad tip they got from social media – raided a Phoenix home Tuesday night only to realize they made a mistake – a very big mistake.

As it turned out, the house wasn’t where the fugitive was hiding, but rather belongs to Phoenix Police Chief Joseph Yahner, who came to the door – and judging by his body language was a bit mad – wearing only his undies and carrying a big baton. Meanwhile, his wife was on the phone with 911. 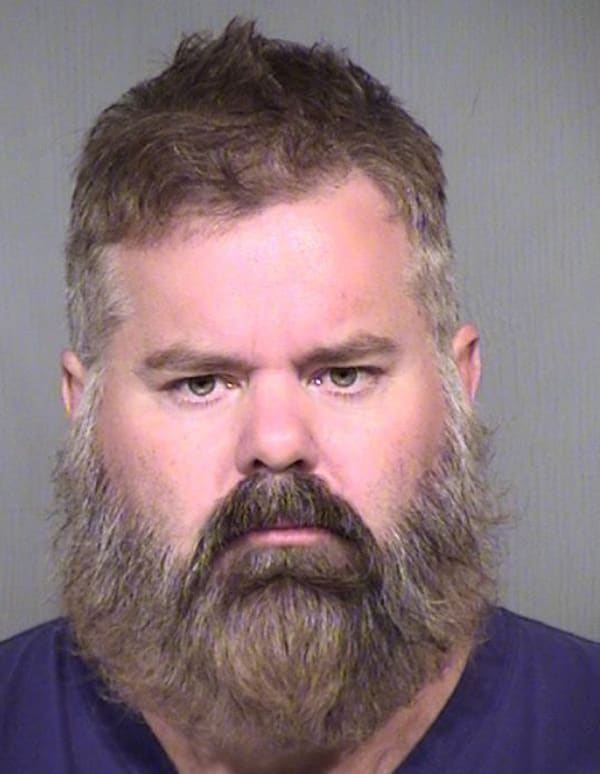 A one-minute video of the incident was captured on cell phone video, but cuts off right after Chief Yahner comes to the door.

“They were filming this like it was made for TV,” said Phoenix police spokesman Sgt. Trent Crump.

Apparently the bounty hunters watched the home for about two hours before making their move around 10:00 p.m.

“After awakening him (Yahner) from a dead sleep, he comes out in protection mode,” Crump said. “And when he does come out and he challenges them, I think they quickly come to realize (the mistake), with the exception of one of them.”

But an employee with NorthStar said the incident was just “all blown out of proportion.”

Although Crump doesn’t necessarily agree, he did say the incident isn’t indicative specifically of the profession.

“This is a case in which these two companies did not do their due diligence,” he said. “They hit the wrong house and the wrong person.”

Thankfully, no one was injured during the ordeal, including the 11-year-old girl who was along for the ride with her very own toy gun belt.