US, Mexico offering over $8M for capture of 'El Chapo' 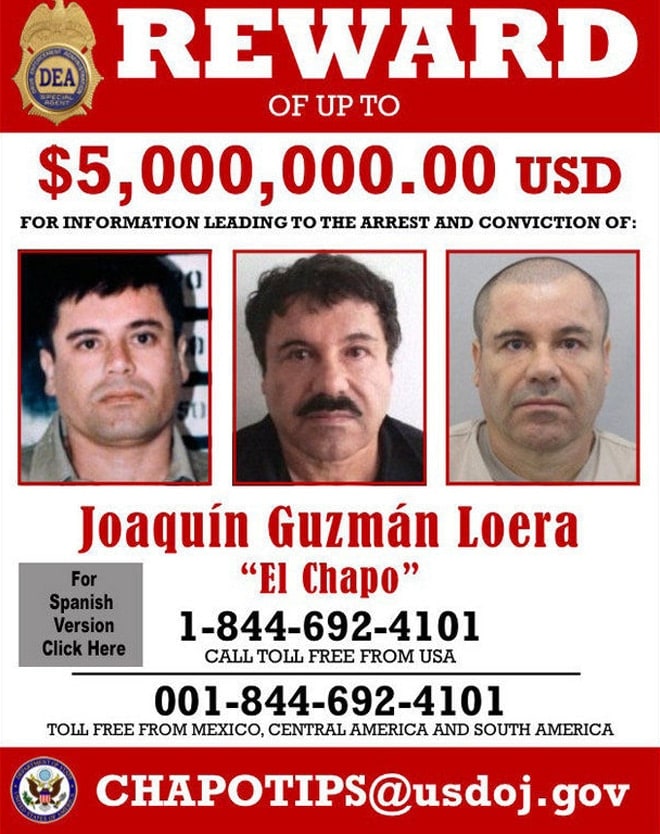 Looking to cash in on a sweet $8 million? Help capture escaped Mexican drug kingpin Joaquin “El Chapo” Guzman and the U.S. government will gladly hand out a $5 million reward. And to sweeten the deal, the Mexican government will also toss in $3.8 million as the icing on the cake.

“El Chapo” escaped a federal maximum security Mexican prison last month through a mile-long tunnel that led to the shower in his private cell. Last time “El Chapo” pulled a successful prison escape was in 2001, and he eluded authorities for 13 years.

“His escape poses a danger to the safety and security of both our countries,” said Chuck Rosenberg, acting head of the Drug Enforcement Administration. “DEA will continue to work closely with our Mexican counterparts and provide as many resources as possible to ensure his arrest.”

Guzman-Loera, whose net worth exceeds $1 billion, heads a cartel that is responsible for multi-ton shipments of cocaine, as well as the manufacture, transport and distribution of methamphetamine and heroin. The organization also operates multiple large-scale marijuana plantations.