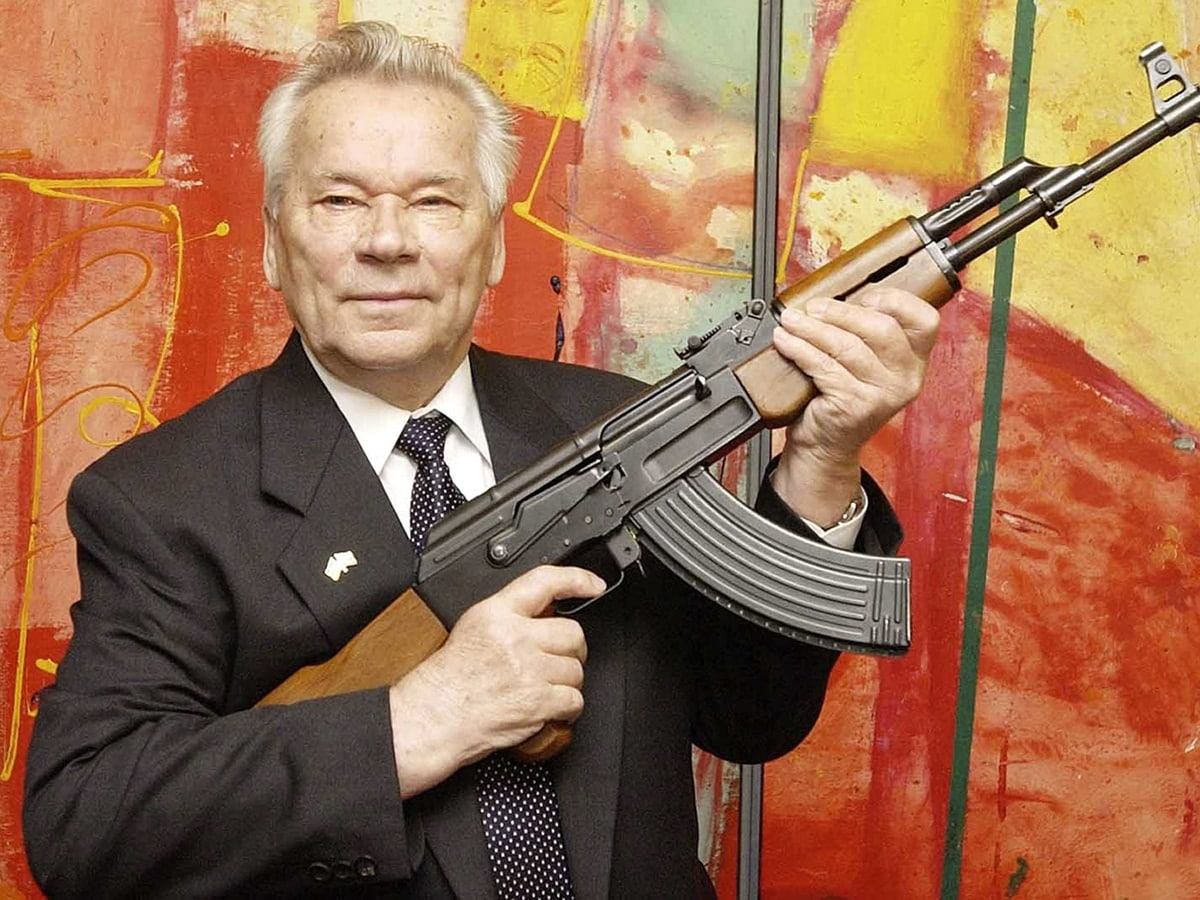 Russian weapon designer Mikhail Kalashnikov presents his legendary assault rifle to the media while opening the exhibition “Kalashnikov – legend and curse of a weapon” at a weapons museum in eastern Germany in 2002.

A firm established by the designer of the iconic AK-47 rifle filed an appeal with the Russian Supreme Court challenging a lower court’s decision to reconsider a lawsuit filed by gun maker Kalashnikov Concern, the Russian Legal Information Agency reported this week.

Kalashnikov Concern sued for early termination of legal protection of a trademark owned by the firm, M.T. Kalashnikov. The firm registered the trademark in 2004 and extended it in 2012 through 2022, according to the news report. However, a Russian court ruled in favor of the designer’s family in 2014.

The news service reported that Kalashnikov Concern wants the trademark rights because it manufactures weapons, including the iconic rifle. Whereas M.I. Kalashnikov uses the trademark, which includes an image of a Kalashnikov rifle and the name “AK-47,” for toys and games.

Mikhail Kalashnikov, the designer of the famous rifle who passed in 2013, established M.T. Kalashnikov in 1999 with his daughter and grandson, and it planned to focus on photography.

Kalashnikov Concern is an association of the largest companies in the Russian small arms industry.