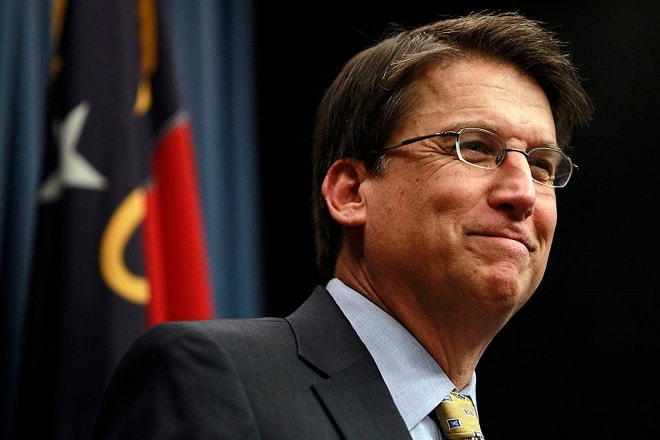 The measure, introduced in April, passed the House by a 78-37 vote in June before winning a 40-9 approval from the Senate last month that included a number of chamber Democrats. While much stronger when first introduced, the bill lost much of its bite on its trek through the legislature.

McCory signed the proposal into law Thursday without comment along with 26 others.

The measure, HB 562, as originally introduced was sweeping in scope and included a repeal of the state’s permit-to-purchase scheme but caught flak from the McCrory’s office, law enforcement lobby groups, gun control organizations and chamber Democrats over its three-month trek through the legislature.

What did make it into law was an allowance to use short-barreled rifles in hunting and a mandate that chief law enforcement officers must either approve or deny applications by individuals to obtain National Firearms Act items.

“This is the executive action which seeks to extend the CLEO signoff requirement to every member of every NFA trust and legal entity. Many CLEOs refuse to sign NFA applications, basing their refusal on perceived liability or on purely political reasons,” explained Williams. “The enactment of HB 562 into law will ensure that law abiding citizens in North Carolina can receive a CLEO certification within a reasonable amount of time, regardless of the outcome of 41P.”

Among the other Second Amendment victories in the law are allowances for guns in school parking lots for concealed carry permit holders, a streamline of the permit application process, and protections that allow grandfathering of existing shooting ranges against new local regulations.