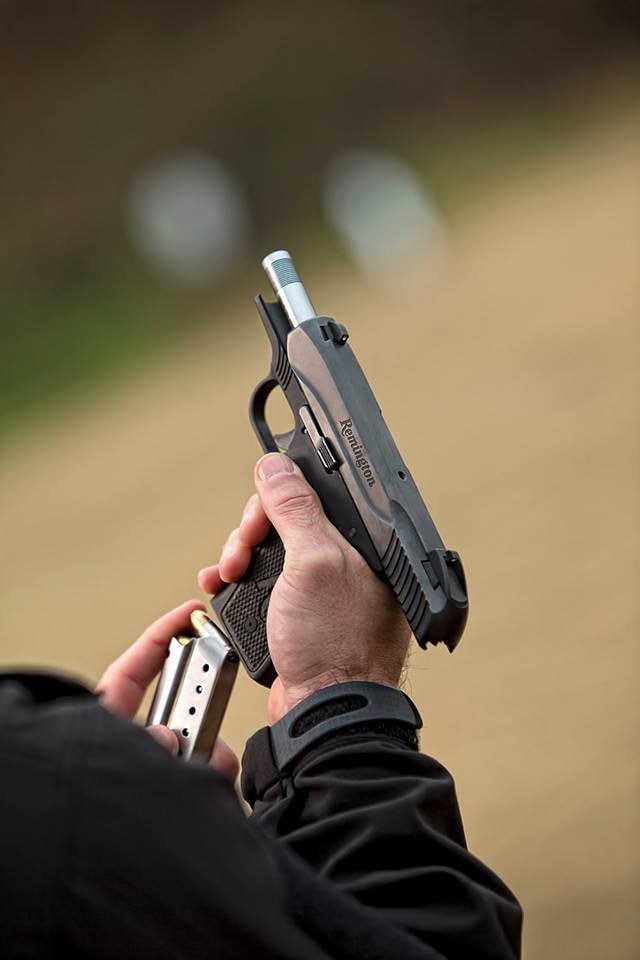 Loading the Remington R51 on the range during what the company called “The Unveiling.” (Photo: Remington/Facebook)

An Idaho man says he was shot in the pelvis due to a defect in a Remington Arms handgun design that allows it to discharge even with the safety engaged, according to a complaint filed in federal court last month.

Richard Corbett, of Lemhi County, Idaho, suffered the injury last June when he inserted a magazine into his Remington R51 pistol and it went off without a trigger pull, the lawsuit says.

The bullet passed through his abdomen and lodged in his pelvis. Due to his injuries, he spent one month in the hospital and required multiple surgeries, the lawsuit says.

In addition to allegations that the gun can discharge without a trigger pull, Corbett is bringing claims against the gun’s safety features as well.

The R51 is equipped with a passive control called a grip safety, which when depressed enables the trigger but when untouched it disables the firing mechanism completely. However, Corbett says the grip safety failed to work.

“Any firearm, including the R51 pistol, that can fire without a trigger pull and when the safety is not disengaged is defective and unreasonably dangerous,” the lawsuit says.

About a month after Corbett says he suffered his injury, Remington issued a product warning about the R51 pistol but cited performance issues rather than a safety defect.

“After initial commercial sales, our loyal customers notified us that some R51 pistols had performance issues. We immediately ceased production to re-test the product,” the company wrote in the notice in July 2014, and offered to replace the pistol and include extra accessories.

However, the lawsuit claims that the alleged defects could have been prevented if engineers were given adequate time to develop the design, but instead “rushed the Model R51 into production and released the Model R51 over Remington engineers’ objections.”

The lawsuit suggests adding a small component — “a pin” — to the internal safety mechanism would allow the design to function properly.

“(Remington) was negligent in putting profits ahead of safety in its rush to bring the Model R51 pistol to market,” the lawsuit says.

Corbett is asking the court for special and general damages and court costs.

Remington is no stranger to litigation regarding defective products. For decades the company has been accused of using a defective trigger design in some of its most popular long guns.

Earlier this year Remington agreed to a settlement in a class action suit over the Walker Trigger Control, which has been used to design Remington 700 rifles and Remington 870 shotguns.

Although an exact monetary figure has not been identified, the agreement approved by a Missouri federal judge orders Remington to replace the trigger system in numerous models, which the company has produced millions. Other lawsuits have resulted in the court awarding the plaintiff six figures.

Correction: The gun was not in a holster, according to the complaint. We regret the error.