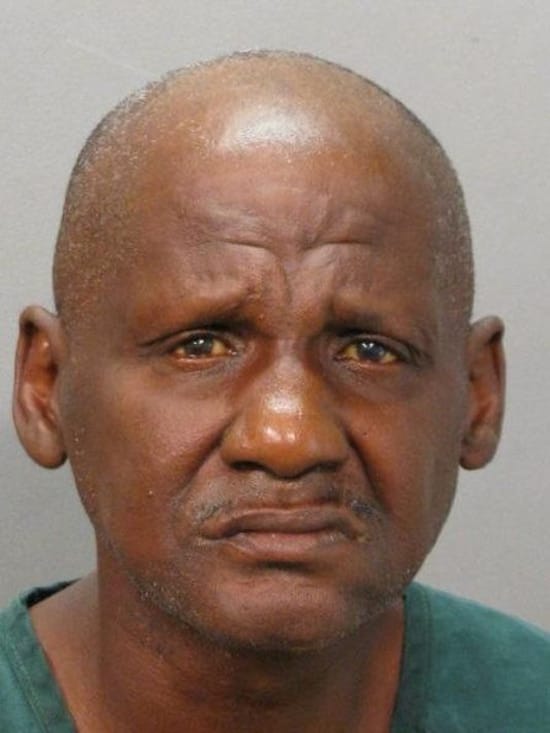 Zachery Richardson is facing a slew of charges and being held without bond. (Photo: Jacksonville Sheriff’s Office)

A savage attack and attempted sexual assault was thwarted when an armed citizen came to the aid of his neighbor at a Jacksonville apartment early Monday morning.

Just before 2 a.m., the victim was awakened to Zachery Leonard Richardson, 57, in her bed assaulting her. According to reports from First Coast News, Richardson punched her in the face repeatedly, yelled expletives and told her to shut up before he said he was going to rape her and unsuccessfully attempted to pull off her pants.

However, at some point before the attack occurred, Richardson took the victim’s television from her apartment and set it down near his car, which was parked outside. While doing this, one of the victim’s neighbors noticed him and believed his actions were odd.

The neighbor, who was armed with a handgun, then walked toward the victim’s apartment where he could see the assault taking place. Upon seeing the attack, the neighbor fired a shot into the air, scaring Richardson away.

According to the neighbor’s account, he believed the suspect was trying to kill the victim based on the “extreme and brutal violence” of the assault.

Richardson fled from the scene, but was found sitting in his van several hours later. He was arrested and charged with sexual battery, burglary to a dwelling with battery and violation of a restraining order against domestic violence. He is being held without bond.

The victim filed a restraining order against Richardson one day prior to the attack. According to the complaint, he had previously stalked her and attempted to rape her at least once before after he entered the store where she worked. But before the sexual assault occurred, Richardson just simply left the store.

According to the police report, the victim refused an ambulance despite extreme bruising and swelling on her face. Her eyes were reportedly swollen almost completely closed and she had constant bleeding around her eyes. It’s unknown if she sought medical attention on her own.