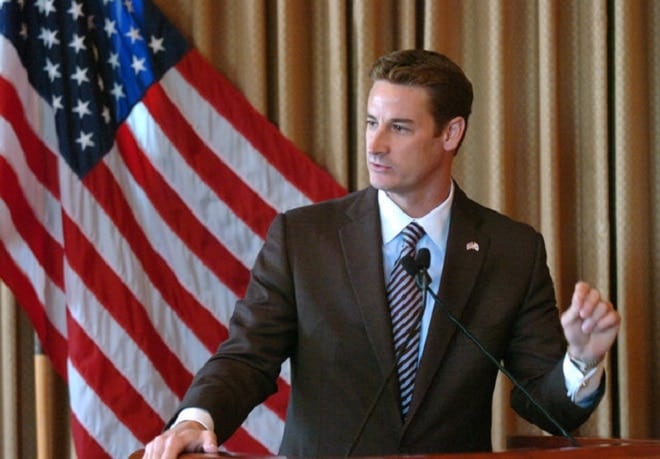 A rebooted measure that could see lawful concealed carry on Florida’s public colleges and universities was introduced last week.

An effort to allow licensed concealed carry permit holders to bring their firearms on public campuses is being spearheaded by Rep. Greg Steube, R-Sarasota.

“I feel very strongly about Americans and Floridians’ Second Amendment rights, and that shouldn’t stop at school,” Steube said. “We’ve seen time and time again, these shootings on campuses where people can’t protect themselves.”

Steube’s proposal, HB 4001, would lift the controversial gun free zone that was the subject of much public debate in recent years.

Last session a measure backed by Steube made progress in the House but was sidelined in the Senate without a final vote after a barrage of ads funded by out of state gun control groups amid allegations of improper lobbying by campus police chiefs.

Gun control advocates are already stumping against the bill. The Florida chapter of the League of Women Voters, who have been very active in both anti-gun and anti-hunting measures in recent years, contends such proposals are dangerous.

“Campus carry bills are very concerning because they really have nothing to do with the Second Amendment,” said Orlando resident Patti Brigham, chair of the organization’s Gun Safety Committee that was launched last year. “This is a public safety issue.”

The measures have early support by gun rights groups, who contend those lining up against the measure are using tired arguments.

“When those who oppose self-defense by women roll out their worn-out ‘parade of horribles’ about law-abiding gun owners, it is because the facts are not on their side,” Marion Hammer, executive director of the Unified Sportsmen of Florida and past president of the National Rifle Association, told Guns.com. “When they can’t back up their political views with facts and reality, they resort to emotional rhetoric and hyperbole and predictions of doom.”

Hammer goes on to argue the efforts by LWV are counter-productive to the  group’s charter.

Both bills are awaiting committee assignment for the 2016 session.