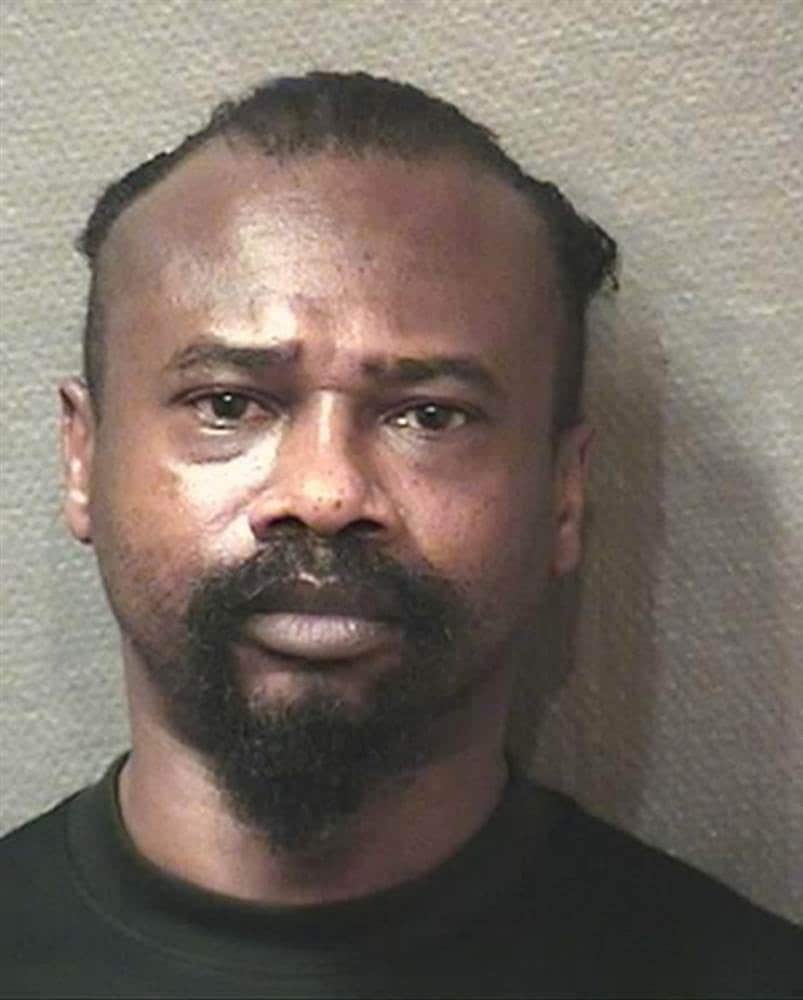 Authorities in Harris County, Texas, made a gruesome discovery Saturday night after receiving a call about a welfare check from a concerned family member.

David R. Conley III, 48, is behind bars, accused of brutally murdering eight people, including six children, two of which were his own.

With a prior history of violence at the home, multiple units responded to the call just after 9 p.m. When police arrived on the scene, repeated attempts to have someone answer the front door were unsuccessful, KHOU reported.

While attempting to make contact with someone inside the home, officers learned the man who was believed to be inside had a warrant out for his arrest stemming from a prior aggravated assault.

Given the information officers had and the history at the address, officers called in a special High Risk Operation Unit as well as a negotiator, but while waiting for the extra units to arrive, the deputies saw through a window what appeared to be a deceased juvenile inside the home. Fearing others may be in immediate danger inside the home, a sergeant and three deputies made the decision to move into the house before the high risk unit arrived.

A short time later, the High Risk Operation Unit arrived, along with a hostage negotiator, who subsequently made contact with Conley. Reports on the length of the negotiations range from about an hour to several hours, but after some time, Conley walked outside and surrendered without further incident.

However, when authorities entered the home, they found the bodies of eight people – six children and two adults. All of the victims – including the children – had been restrained with metal handcuffs and shot in the back of the head. The bodies were discovered in three separate bedrooms in the house. 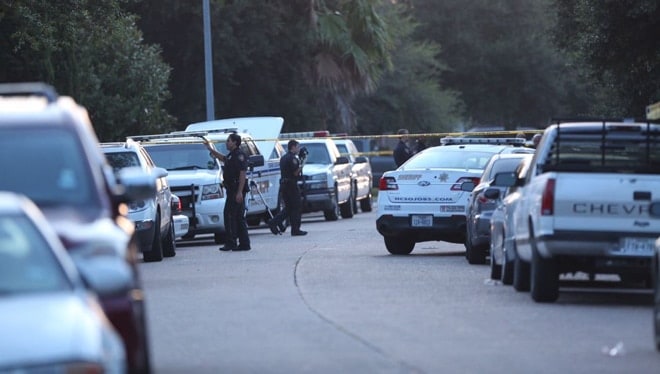 Neighbors feared the worst as the police presence at the home continued to grow. (Photo: Houston Chronicle)

Neighborhood residents and those acquainted with the children who lived at the home all made similar statements about the children: They were really good kids, sweet kids, who never wanted to go home. Several people indicated that one of the boys had dreams of one day of playing with the NFL.

Andrew Silva, 14, was friends with that boy. Silva said when he saw the police cars gathering at the house, he sent his friend a text, asking if everything was okay, but Silva never received a response.

Neighbors feared the worst as authorities continued to swarm the area around the house and yellow police tape went up. Many pleaded with officers on the scene, asking if the children were okay. The officers reportedly wouldn’t speak, but the anguished looks and grim disposition of the officers suggested to neighbors that their fears had likely turned into a nightmarish reality.

“It’s a hard job being a patrolman in this town, and our deputies do a yeoman’s job every day,” Gilliand said, “but when they’re forced to see some of the most horrific things along this nature, especially of children, and someone so callous could do something like this to children – we have our family assistance coming out to talk to our deputies and help them decompress.”

Conley, who was previously accused of placing an electrical cord around a baby’s neck and threatening the life of the baby and the mother, has a violent criminal history spanning more than two decades, the Houston Chronicle reported. In fact, he was arrested just last month after he repeatedly slammed Jackson’s head into a refrigerator during an argument concerning the discipline of the woman’s 10-year-old son. 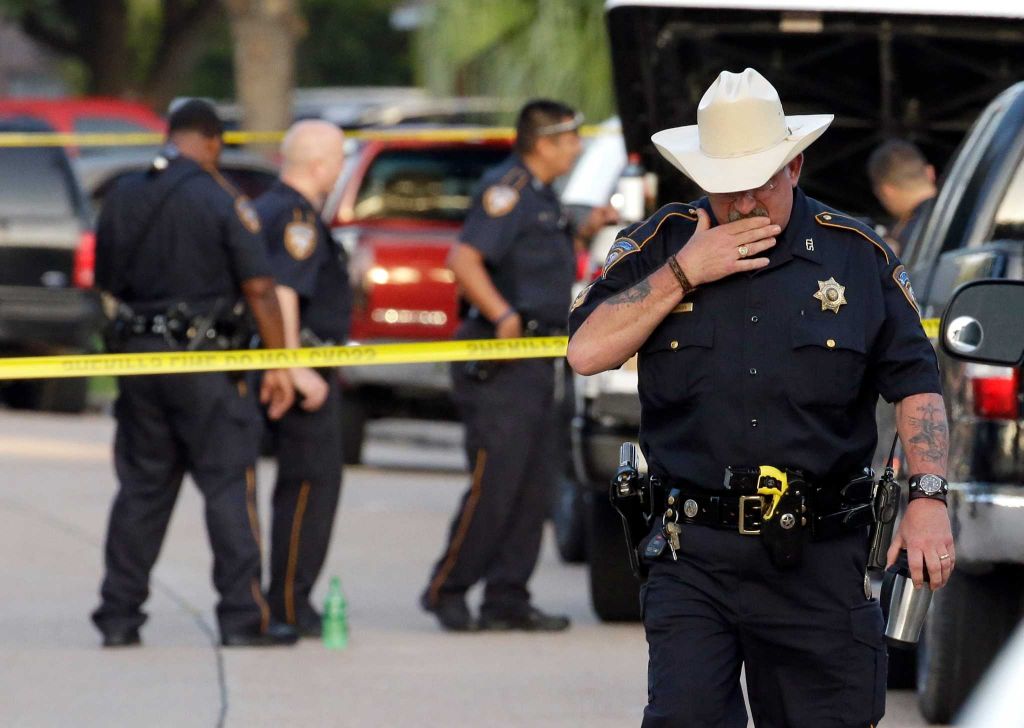 The disposition of the officers on the scene indicated to concerned neighbors that things were not okay inside the house. (Photo: Houston Chronicle)

Conley was also convicted of assaulting Jackson in 2013 and subsequently spent nine months in jail. The woman filed for an emergency protective order against Conley at that time. According to the Houston Police Department, protective orders remain valid for two years, but before the restraining order expired, Jackson asked a judge to drop the injunction.

According to records from the Harris County Sheriff’s Office, Conley has been charged with multiple counts of capital murder, including one count for a victim under the age of 6. He is being held without bond.

Once in custody, Conley admitted to authorities that he broke into the house through a window before he committed the horrendous crime. Jackson was reported to have recently changed all of the locks after she ended her relationship with Conley.

“We do not, and will never be able to, fully comprehend the motivation of an individual that would take the lives of so many, especially kids,” said Harris County Chief Sheriff’s Deputy Tim Cannon.

But Conley’s estranged wife, Vernessa, summed her feelings on the man in four words.