Man charged with battery after grabbing testicles of 2 deputies 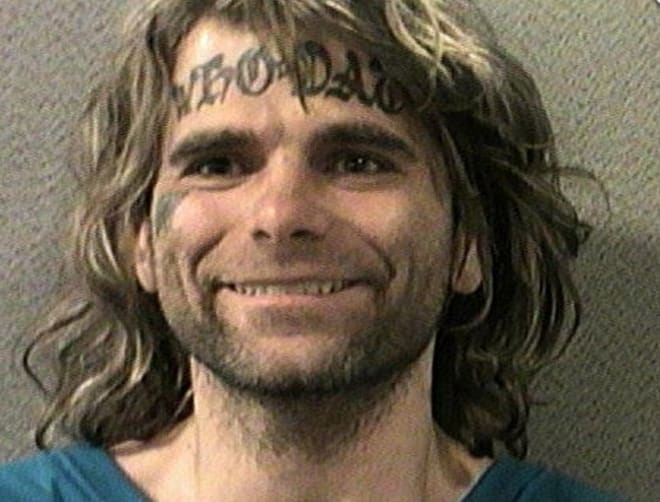 A 29-year-old man who was already jailed on different charges now faces charges for sexual battery and battery of a police officer after he apparently grabbed the testicles of two deputies in an aggressive manner during different altercations at a New Orleans jail.

Michael Edwards, who has a large “Who Dat” tattoo in fancy letters across his forehead, is accused of attacking the deputies on Aug. 3 and again on Aug. 4.

During the first incident, Edwards, whose hands were handcuffed in front of his body, was apparently sitting in the jail’s day room, awaiting transfer to another building, when he suddenly and without warning lunged at a deputy and grabbed his testicles.

The following day, authorities said Edwards became violent while he was inside a transport van after returning from court. He was apparently kicking the windows and swinging around a small metal stepstool inside the vehicle when the two deputies with Edwards called for backup.

An additional six deputies came to help, but Edwards continued to be unruly. When Edwards threw the metal stool at one of the deputies, pain-inducing foam was used to subdue him.

Edwards was then transferred to a medical facility, where he was scheduled for a psychiatric evaluation along with medical treatment, but he again became extremely hostile and aggressive and during a scuffle with authorities, he grabbed the testicles of a different deputy.

Edwards’ grip on the officer’s testicles was reportedly so firm that Investigative Services Bureau agents had to forcefully remove his hands.

Edwards, who is being represented by a public defender, now has four additional charges as well as an extra $30,000 bond. He was also reportedly placed on suicide watch.

The conditions of the deputies are unknown.