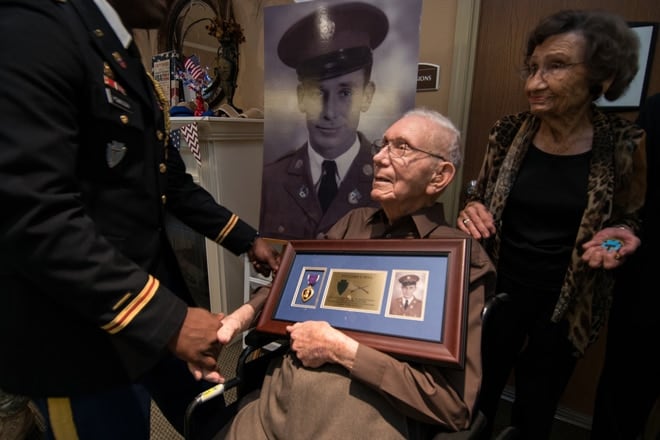 A Purple Heart was recently reunited with its rightful owner after a woman cleaning out a house in Highland, California, came across the medal, which had previously been lost.

Army Pfc. James Hull received the honor after he was killed in action in Salerno, Italy, on Sept. 9, 1943, during the first American amphibious attack of the European theater.

The woman who found the medal contacted a local American Legion, who in turn contacted Purple Hearts Reunited, an organization dedicated to reuniting lost Purple Hearts and other war medals with either the original recipient or the next of kin.

The medal was handed over to Hull’s brother and last living relative, retired Army Command Sgt. Maj. Cecil Hull, at a recent cermony. Incidentally, Cecil was also awarded a Purple Heart a year after his brother died.

Cecil said his brother’s medal will by displayed at Camp Mabry in Austin, Texas. 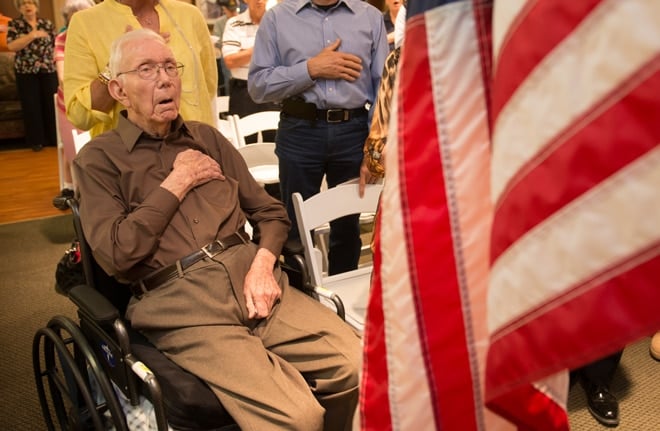 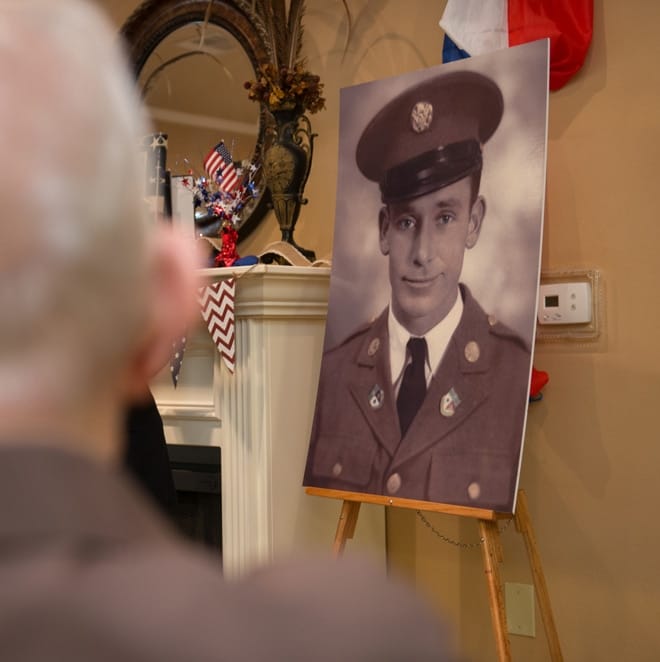