Navy to arm personnel for sentry duty at reserve centers 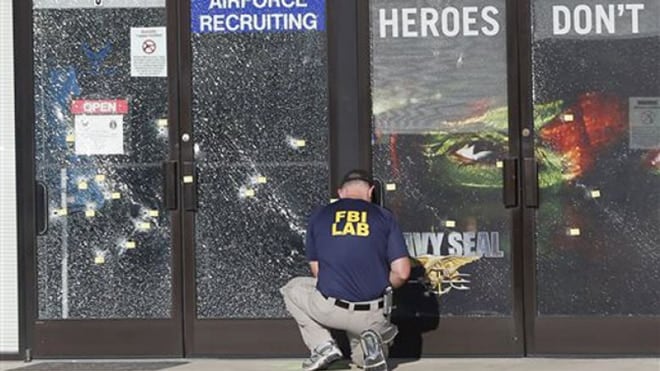 Following a deadly attack at a reserve and recruitment center in Chattanooga last month and growing concerns over the threat of domestic terrorism, officials announced Friday the U.S. Navy has decided to move forward with a plan to arm military personnel at reserve centers across the country, Fox News reported.

In what is being described by authorities as an act of terrorism, on July 16, 24-year-old Kuwait-born Muhammad Youssef Abdulazeez opened fire on a Marine recruiting center at a strip mall in Chattanooga and nearby Navy reserve center before dying in an exchange of gunfire with the police.

Four servicemen were initially killed and a fifth died days later from injuries he sustained during the attack.

The senseless killings sparked debates about gun-free zones and arming personnel at military facilities. The act led a handful of governors to immediately authorize – to varying degrees – military personnel to carry weapons at previously prohibited military facilities. The tragedy even left some common, ordinary citizens taking up arms and sitting outside recruitment centers across the country in an effort to protect those who spend their lives defending our country and perhaps make a political statement along the way.

But effective immediately, the Navy will turn to armed guards as “a matter of prudent and necessary action toward protecting our personnel,” said U.S. Navy Cmdr. William Marks, acknowledging that “the threat posed to military forces in the United States by homegrown violent extremists has increased.”

Marks said the guards will be trained in accordance with Navy regulations and be posted at centers across the country. Although he did not indicate when the actual watches would begin, an email sent to Naval reservists called to recruit men for 45 days of “armed sentry watchstander duty” that will begin this month.

Additional security measures are both being considered and in some cases already implemented at various facilities to further protect military personnel. The measure for armed guards, however, does not apply to recruiting centers, many of which still remain gun-free zones.