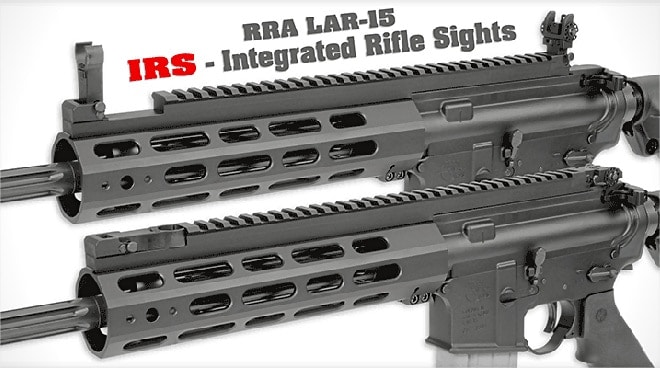 Rock River Arms is rolling out a full spread of new LAR-15 IRS rifles. The IRS, or Integrated Rifle Sight series, features custom uppers and handguards with integral iron sights that fold away flush with the flattop rail.

Flush iron sights are less likely to snag and catch on underbrush or tall grass, and they have a certain aesthetic appeal. The front sight is adjustable for elevation and the rear is adjustable for windage and elevation. It doesn’t take any tools to adjust the sights, they’re equipped with adjustment knobs.

The sights flip up and lock into place, both the front and rear, and require the shooter to unlock the sights to fold them by pressing a button at the base of the sight. Instead of a two-position rear sight aperture the IRS system has a three-position rear sight wheel with small, medium and large peep holes for all light conditions.

In addition to the included flush sights the octagonal handguards are threaded for removable Picatinny rail sections for accessories like pistol grips and bipods and they have a pair of quick-detach sling sockets at the front, on the left and the right side. 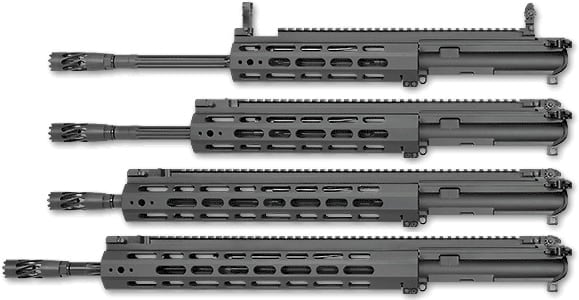 Depending on barrel and handguard length the IRS carbines weigh between 7.8 and 8.4 pounds and each rifle ships with a cleaning wipe and a hard case. The rifles include standard 30-round magazines where available, and 10-round mags can be substituted for $10.

The base price is $1,540 which isn’t bad considering all the semi-custom upgrades. There are plenty of other rifles on the market that cost the same that don’t come with iron sights at all. Complete uppers without lowers start at $1,165 and include the bolt carrier group and charging handle.

The RRA LAR-15 IRS is a total package. Depending on the user, it could benefit from a red dot optic or a scope, especially for anyone looking to test the 1-MOA or better guarantee, but as it is the IRS offers a complete kit at an approachable price.