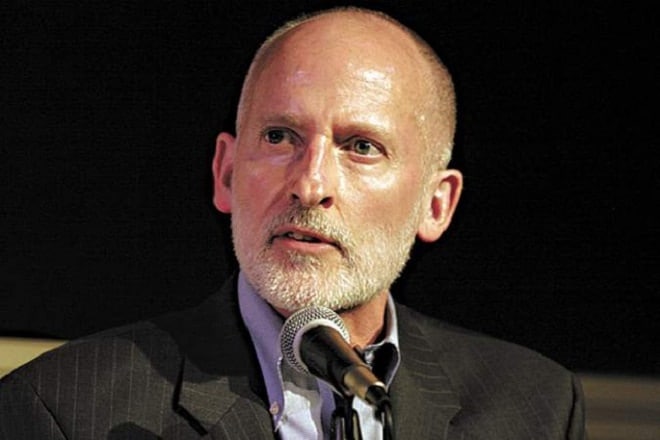 Seattle City Council President Tim Burgess is looking for a local solution to gun violence in the form of a tax. (Photo: Seattle Star)

The Seattle City Council gave its unanimous approval Monday afternoon to a plan that slaps a $25 tax on each gun sale and 5 cents on each bullet sold in the city limits.

The proposal, introduced last month by Council President Tim Burgess, is billed as the city’s solution to the $17 million in medical costs from 253 gunshot victims at Harborview Medical Center last year, which Seattle underwrites with public funds.

“City government can and must pursue innovative gun safety measures that save lives and save money,” said Burgess. “As it has in other areas of policy, Seattle can lead the way in local solutions.”

The tax, which would amount to $25 on each modern firearm and five cents on each round of ammunition larger than .22 caliber, is expected to skim as much as a $500,000 per year from the wallets of gun owners who purchase products at one of the city’s two dozen gun shops. A reduced levee of two cents for rounds of .22 caliber and smaller is also part of the package.

This figure would be in addition to the various state and local retail taxes that approach 9.6 percent in the city already.

The proposed tax is based on a similar one established in Cook County, Illinois in 2013 that was met with a lawsuit from area retailers.

Gun control advocates were on hand for Monday’s 8-0 vote by the council and praised the move by Washington’s largest city.

“Life is precious,” said Grandmothers Against Gun Violence member Karen Wickstrand, 72, who marched with about 30 other members on City Hall before the vote. “When people are killed for no reason, that’s tragic.”

Burgess contends the money, while it won’t go towards covering the city’s health care obligations on gunshot care, will reap benefits through its funding of research and mandatory reporting programs.

Gun rights groups on the other hand, contend any expected windfall will be both short lived and spent fighting them in court.

Both the National Shooting Sports Foundation and the Washington-based Citizens Committee for the Right to Keep and Bear Arms told Guns.com previously that enactment of the tax in Seattle would be viewed as an assault on civil rights and likely lead to litigation.

“We have already sued them under the Washington preemption law and won before,” CCRKBA Chairman Alan Gottlieb told Guns.com. “They make winning firearms freedom one lawsuit at a time fun!”

The National Rifle Association warned the take from the new tax scheme may be far less than expected, and in the end will only push people to either look elsewhere or go without.

“The burden of regressive taxes like the Seattle proposal falls squarely on those that are least able to afford them,” said the NRA’s Institute for Legislative Action in a statement. “Persons of means will simply drive outside the city to purchase firearms and ammunition, while those without such options will be forced to go forego their rights or pay the tax.”