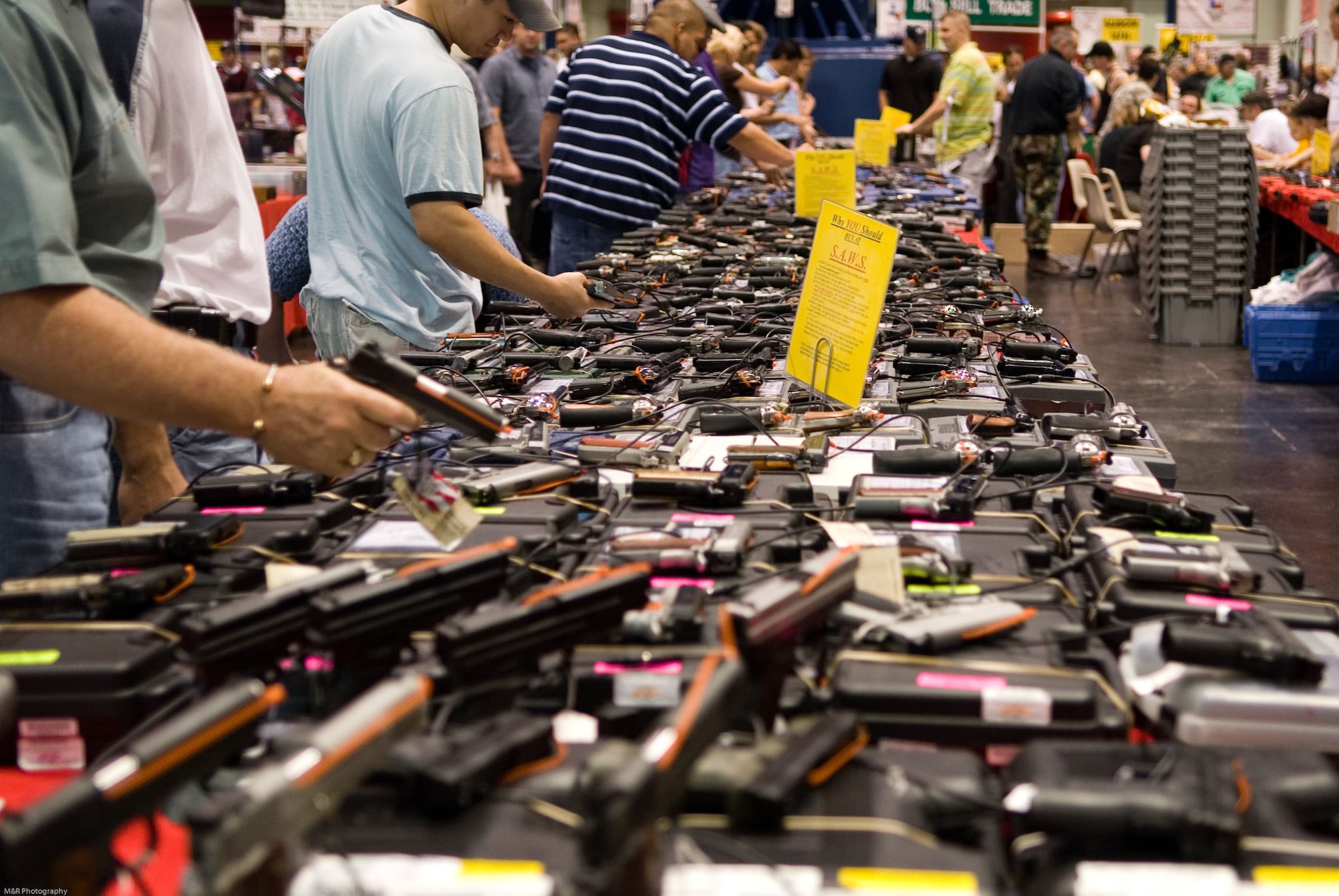 It’s probably not shocking to most of you reading this, but the American public as a whole is more likely to consider stricter gun laws than gun owners – this from the latest Economist/YouGov poll published Monday. 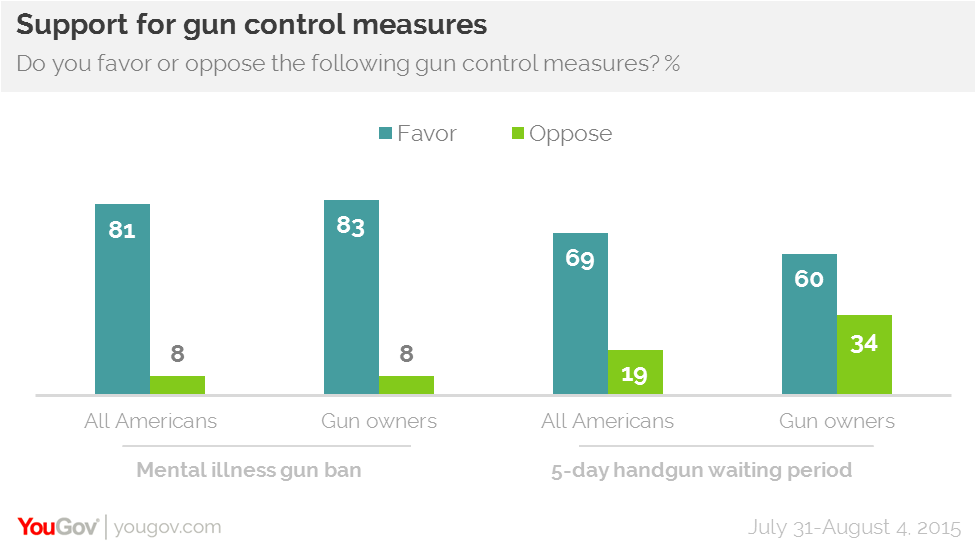 If you’ve never owned a firearm, it’s probably easy to favor restrictions on them, but gun owners were just as likely as the rest of the public overall to support keeping guns out of the hands of those with a history of mental illness.

The poll was conducted from July 31 to Aug. 4, during the penalty phase of the Aurora movie theater shooting, after it was decided that gunman James Holmes was sane, despite an insanity plea and despite a history of receiving psychiatric treatment. Holmes also legally purchased the guns he used to kill 12 people and injure 70 others on July 20, 2012. 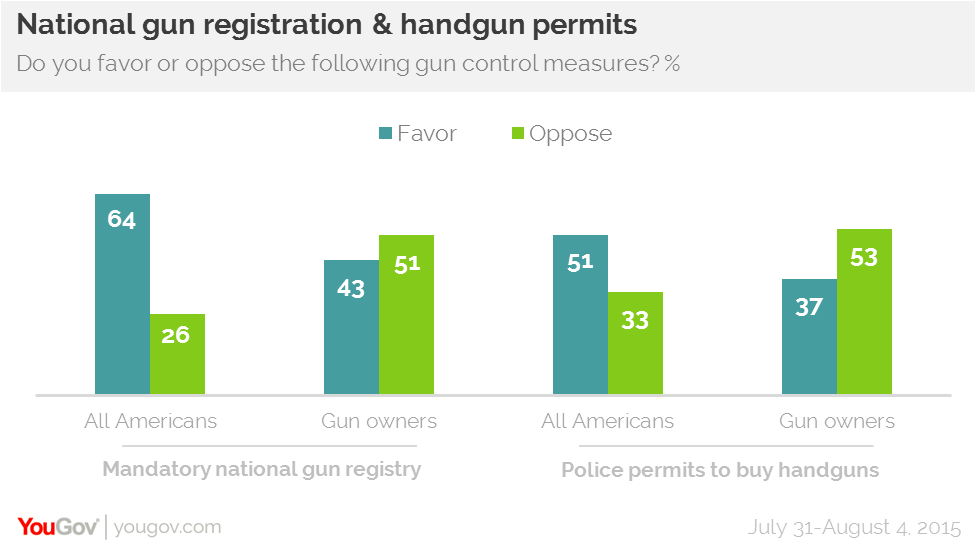 The topic of a national gun registry is where the poll saw a more decisive split between gun owners and the public as a whole.

The general public overwhelmingly supports the implementation of a mandatory national gun registry at 64 percent, with 26 percent opposing, and 51 percent support police permits for handgun purchases, with 33 percent in opposition.

According to the poll, about one in five Americans own a rifle, shotgun or handgun and another 14 percent don’t personally own one, but there is at least one in their household.

Only a third of those surveyed who said they didn’t have a gun in their household would feel safer if someone who lived with them did. 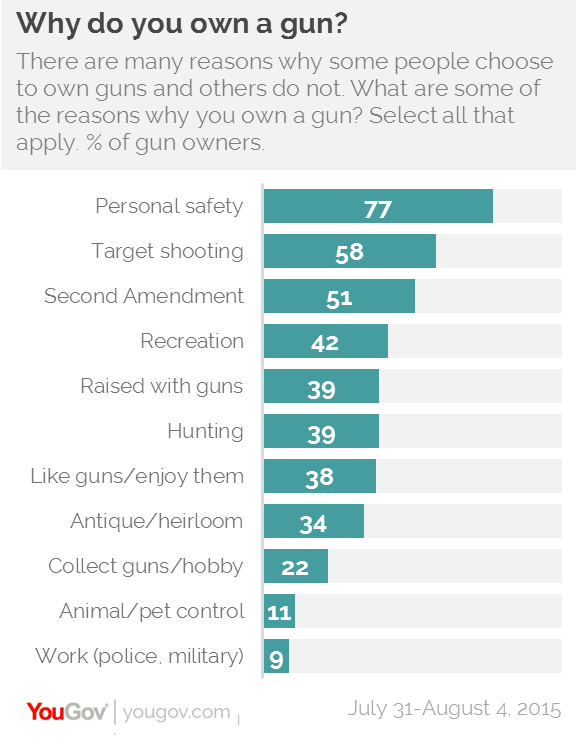 Males are twice as likely as females to own a gun, as are conservative and Republicans to liberals and Democrats.

When asked why they owned guns, 77 percent of respondents listed personal safety as a reason; 58 percent listed target shooting; 51 percent the Second Amendment; 42 percent recreation; 39 percent because they were raised with guns; 39 percent for hunting; 38 percent because they like guns; 34 percent own an antique; 22 percent see guns as a hobby; 11 percent for animal or pest control and 9 percent use their firearm for work in the military or law enforcement.