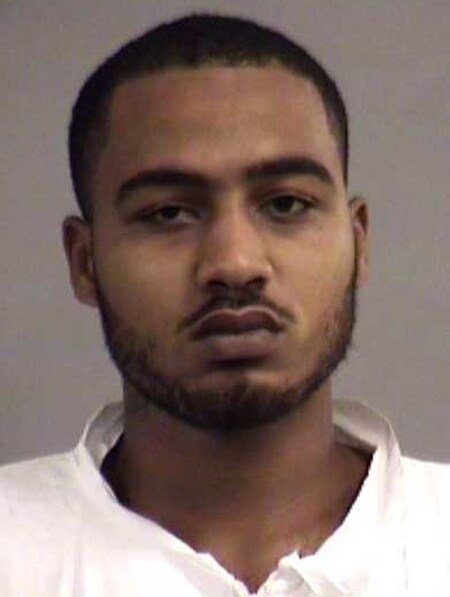 Deontae Yarnell was arrested hours after he fatally shot an intruder he found in his home. (Photo: LMDC)

A 22-year-old Louisville man is facing a murder charge after he shot and killed one of two intruders he found in his home early Saturday morning.

While Deontae Yarnell’s lawyer said he acted in defense of himself and his property, the prosecuting attorney said he crossed the line when he chased the intruder for a full city block before taking his life.

Michelle Clements, who lives next to Yarnell, said she saw the two suspects moments before the shooting occurred and right away knew they were up to no good.

“I seen two guys walk by and they had their hoodies on with their hoods up, which really looked weird since it’s summer time and it was hot out,” she told WLKY. “I took my dog and I immediately went in the house and locked the door because they looked like they were getting ready to rob someone.”

Less than five minutes later, Clemens heard several gunshots. A little while later, one of the suspects was pronounced dead about a block away and by morning Yarnell was behind bars, charged with the suspect’s death.

Yarnell told police that he came home just after midnight and discovered the two suspects had broken into his home. He fired at them as he chased them out of the house, but continued to follow one for an entire block. As the suspect attempted to climb over a fence, Yarnell opened fire again and shot the suspect multiple times.

When authorities arrived on the scene, the suspect, whose identity has not yet been released, was found dead beside the fence. The second suspect is still at large. It’s unknown if either suspect was armed.

Local attorney Thomas Clay told WAVE that the state law includes statutes that protect those who fire in self defense, and the state even has the sometimes controversial stand-your-ground statute, but it doesn’t necessarily apply to a case such as Yarnell’s.

“It is not one where a person is authorized to chase after an intruder and then run him down and shoot him,” Clay explained. “I think it would be very questionable if that defense would be available under the circumstance of this case.”

Yarnell, whose lawyer said his actions were justified under the state law, had his first court appearance Monday morning and pleaded not guilty to the charge.

“The person who used defensive force knew or had reason to believe that an unlawful and forcible entry, or unlawful and forcible act was occurring – which it was – or then later, had occurred. That’s a direct quote from the Kentucky Castle Doctrine,” Scott Cox, Yarnell’s attorney, told the judge Monday.

But Assistant County Attorney Cristin Southard again pointed to the fact that Yarnell pursued the suspect before shooting him and called what he did murder.