Fake cop with toy badge arrested after beat-down by victim 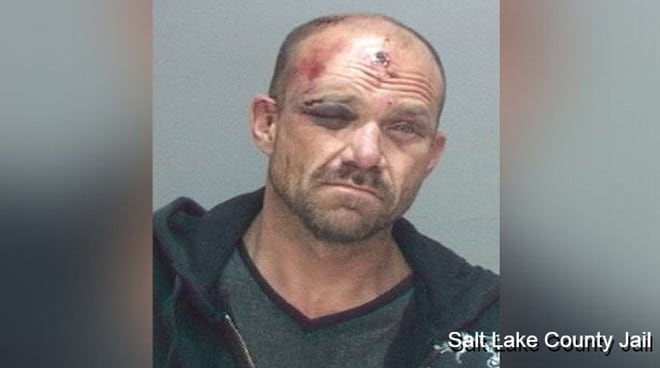 A 42-year-old Utah man is behind bars after he apparently tried to force his way into a Salt Lake City home just before 6:00 a.m. Monday by pretending to be a police officer, only to be beaten up by one of the occupants and restrained with his own handcuffs.

The suspect, Reed Grover, who was not wearing a uniform, went to the house, “showed a police badge through the house window and said, ‘Police!’” the reported stated.

Three people were inside the home at the time and right away suspected the guy wasn’t a legitimate police officer, but he continued to force his way inside anyway. Once inside, one of the occupants and Grover got into a physical altercation. During the fight, the person was able to take Grover’s handcuffs – which were real – and detain him until the bona fide police arrived.

Police found Grover, who has an extensive and sometimes violent criminal history, waiting on the driveway when they arrived. Authorities said they’re unsure of Grover’s motives behind his actions and he wasn’t making much sense when they arrived.

Grover was charged with impersonating a police officer, burglary, parole violation and assault.

A toy police badge belonging to Grover was also recovered from the scene.