Family of teen paralyzed by LAPD to receive $15 million 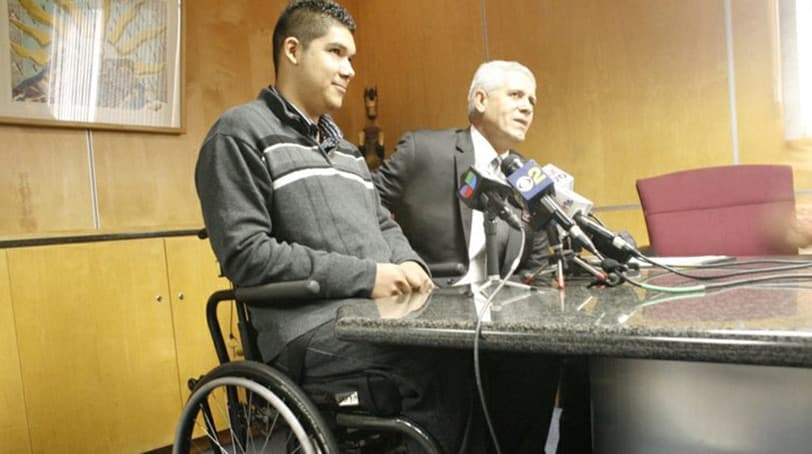 The family of a teen paralyzed after being shot by a police officer who thought the teen’s pellet gun was a real firearm will be paid $15 million by the city of Los Angeles.

The City Council came to the unanimous decision Wednesday after it appealed a 2012 court decision ordering the city pay the family $24 million in damages, the Los Angeles Times reported.

Rohayent Gomez Eriza and two of his friends were playing cops and robbers with a replica 9 mm Barretta handgun and other pellet guns the evening of Dec. 16, 2010, when two patrol officers approached them.

Gomez Eriza, who was 13 years old at the time, reportedly pulled the pellet gun from his pocket and Los Angeles police officer Victor Abarca opened fire — a single bullet then struck the teen’s spinal cord and paralyzed him from the chest down.

According to court documents obtained by Reuters, the teen’s family filed a lawsuit in 2011 claiming Gomez Eriza was “subjected to excessive force” by the officer and left with “serious and permanent physical and psychological injuries.”

The lawsuit further claimed the boy was left unable to work or care for himself, the news agency reported.

“This is a tragedy for all involved, but in particular for the young man injured in this police shooting and for the officer who believed that he was protecting himself and his partner from a real threat,” Los Angeles Police Chief Charlie Beck said in a statement after the 2012 judgment.

Gov. Jerry Brown signed legislation last year addressing the issue of fake guns, following the Gomez Eriza case and another officer-involved shooting in 2013, when a Santa Rosa teen was fatally shot after officers saw him holding a toy AK-47.