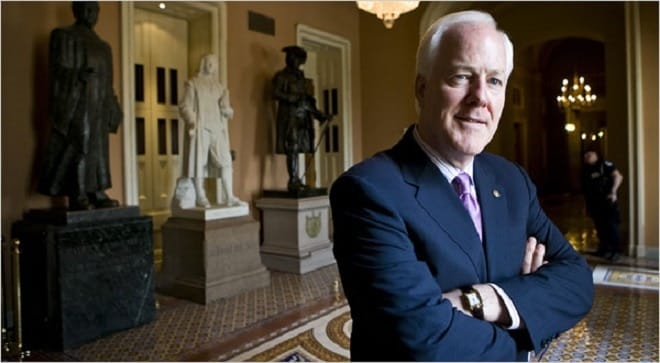 A measure that aims to shore up the nation’s firearms background check system is getting negative feedback from both gun control and gun rights groups.

The bill, introduced by U.S. Sen. John Cornyn, R-TX, last week is designed to enhance the National Instant Criminal Background Check System by encouraging states to step up their mental health reporting to the feds while simultaneously directing resources to mental illness programs.

The proposal, termed the “Mental Health and Safe Communities Act,” has the strong endorsement of the National Rifle Association and the National Alliance on Mental Illness.

“This bill would have the net effect of invalidating many records currently in the system, and it would allow people who have been involuntarily committed to buy a gun immediately after leaving a psychiatric hospital – a particularly dangerous time, according to mental health experts,” said Everytown President John Feinblatt in a statement.

While the organizations admit Cornyn’s S. 2002 provides incentives to states in an effort to increase disqualifying criminal and mental health records to NICS, and replaces offensive legacy terms such as “mental defective” dating back to the 1968 Gun Control Act, they argue the measure overall is a bad bill.

In a twist from the other side of the argument on gun politics, the National Association for Gun Rights issued an alert last week opposing the Cornyn bill claiming it would do the polar opposite by increasing gun control.

The Cornyn measure has been referred to the Committee on the Judiciary.