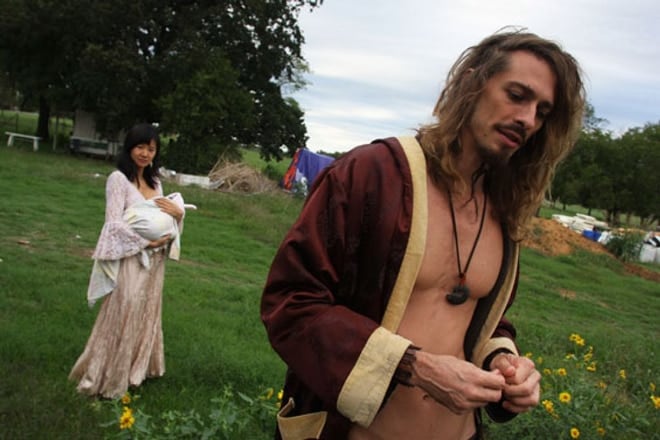 While their lifestyle may not be what’s considered the norm, it appears members of the community aren’t engaged in illegal activities as once thought by local authorities. (Photo: Facebook/ The Garden of Eden)

Several members of The Garden of Eden, a sustainable living community in Arlington, Texas, have filed a lawsuit against the city, citing that their Fourth Amendment rights – among others – were violated when an unsuccessful raid was executed at the farm on Aug. 2, 2013.

“We were treated worse than criminals, like terrorists,” Quinn Eaker, who lives on the farm, told the Houston Chronicle. “They came in, machine guns in your face, no questions, just death or surrender immediately.”

While searching for evidence of an illegal marijuana growing and trafficking operation – and after placing all eight of the adults in the community in handcuffs, including the mother of a 22-month-old and a nursing newborn – authorities ripped up a massive amount of the farm’s crops, which would have been used as food for those living there. Authorities also destroyed sunflowers, which were planted as a source of food for the farm’s bee colonies. 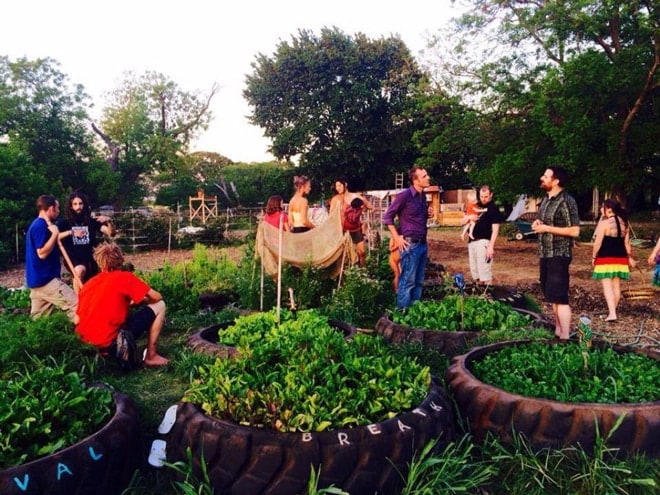 Those tires the city said had to go apparently did have a legit use on the farm after all. (Photo: Facebook/ The Garden of Eden)

In the end, authorities found no evidence whatsoever of any drug activity, but nonetheless seized blackberry bushes, okra, tomatillo plants, and hackberry, the seeds of which can be used to feed animals, while the wood is often used for furniture making. Authorities also seized compost.

And while a massive marijuana trafficking operation was not found, officers on the scene did discover Eaker had outstanding traffic violations, so he was arrested on those charges. The farm was also determined to have violated a number of city codes as well.

However, Eaker and four other members of the four-acre community, who all say they were unlawfully detained, claim in their suit that the entire investigation was based on unsubstantiated intelligence and a weak search warrant.

But according to Arlington’s assistant city attorney, Elisabeth Kaylor, “The execution of the narcotics warrant was valid and based on probable cause.”

The probable cause included Eaker being cited for possession of marijuana on June 30, 2013, for which the Arlington Police department and courts appear to have no record of ever occurring. Furthermore, undercover officers attended a public event at the farm in 2013 and spoke with Eaker “about gardening.” The community’s website also made reference to some “uber dank high vibe cuisine,” uber dank slang for great pot, of course.

Authorities also searched for weapons while raiding the farm, on an “anonymous tip” that Eaker possessed “two rifles and one pistol on the property,” which incidentally isn’t illegal. No weapons were found and – judging by Eaker’s reference to SWAT carrying “machine guns,” his firearms knowledge likely isn’t up to par either. 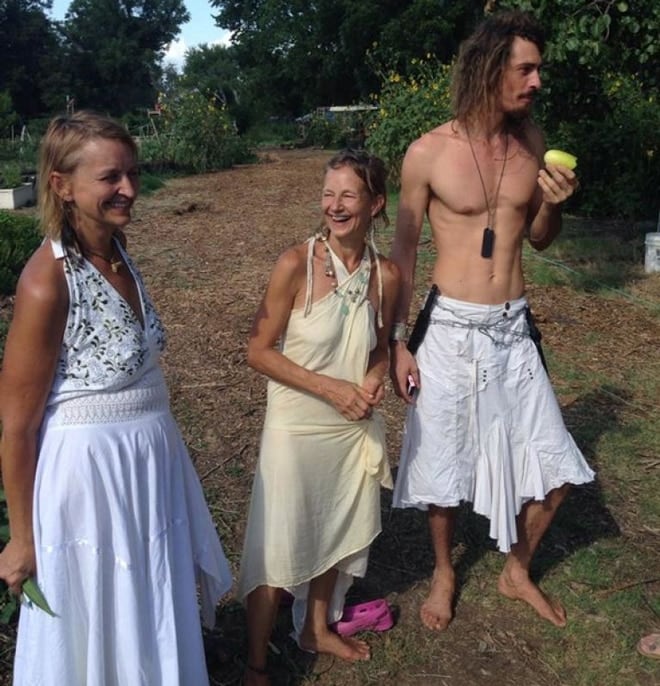 Quinn Eaker (right) said he was completely naked when SWAT awakened him the morning of the raid. (Photo: Facebook/ The Garden of Eden)

“By the way, her affidavit reads you would think there was a live drug cartel going on in Arlington that nobody knew about except the police department,” said attorney Wes Dauphinot, who is representing the group. “The only problem is it was just a bunch of farmers.”

The claim also demands a few simple things from the city, like providing better narcotics training, including how to properly identify a pot plant, better training on how to interview an informant and how to effectively corroborate anonymous tips. They also ask that the city learn how to properly develop a narcotics case.