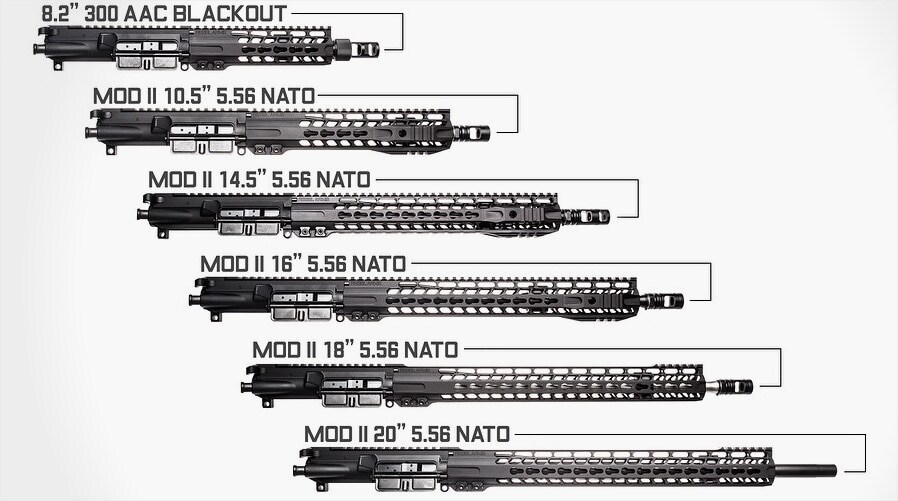 Rebel Arms is now taking pre-orders on the complete line of Mod. II AR-15-pattern upper receivers chambered for 5.56 NATO and 300 AAC Blackout. And for now all pre-orders are 10 percent off the final list price.

Delivery on these complete uppers is expected to take place in the next two to four weeks. The 8.2- and 10.5-inch uppers are perfect for AR pistols and short-barreled rifles along with the 14.5-inch upper, which can also be converted into a non-NFA rifle upper by pinning and welding the muzzle device in place. 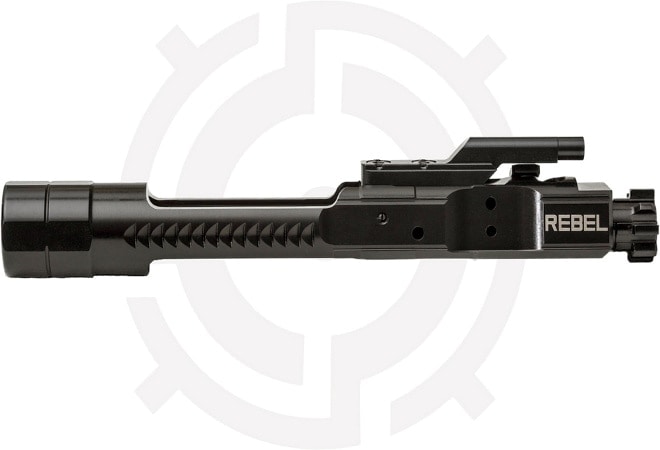 The three rifle uppers are offered in 16-, 18- and 20-inch configurations. The 16- and 18-inch models come with muzzle M4SD Paladin muzzle brakes while the 20-inch model is unthreaded, finished with a target crown for precision work.

Up to 16 inches the uppers have full-length flattop rails with rail extensions at the muzzle end of the handguards at the 3-, 6- and 9-o’clock positions. The handguards also have integral QD sling swivels on the left and right sides next to the rails.

The 18- and 20-inch uppers have minimalist handguards with only a short rail extension at the 12-o’clock position to shave ounces. All the rails have KeyMod slots on the sides and underneath for modular accessories and optional rail segments.

All are equipped with 4150 chrome moly steel barrels with 1-in-7 twists, in 5.56 and 300 BLK. They have a nitride finish for enhanced accuracy and wear- and corrosion-resistance.