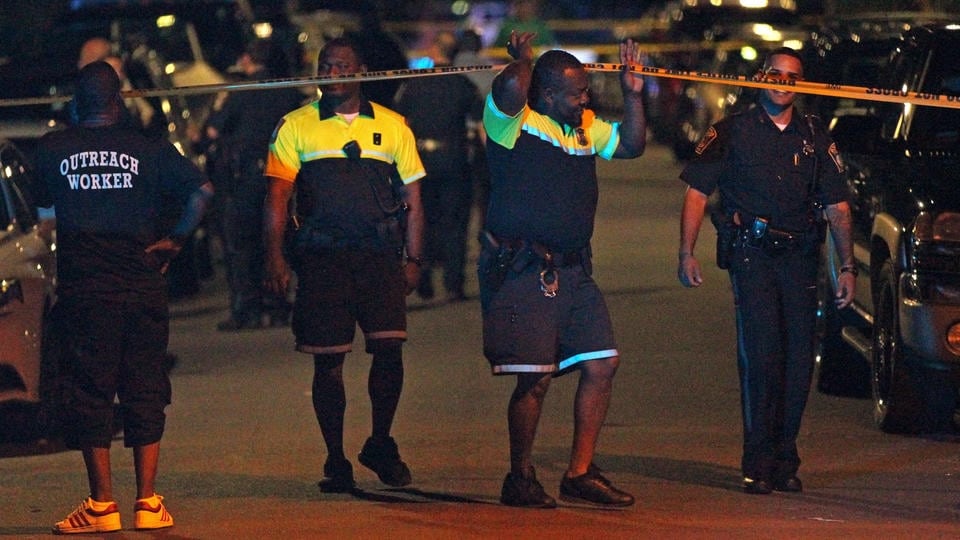 Police investigate the scene of a triple shooting on Hosmer Street in Boston on Wednesday, Aug. 12, 2015. (Photo: The Boston Herald)

Despite only yielding one gun so far during this year’s gun buyback, Boston officials renewed their commitment to the program Thursday.

Run by the Boston Police Department, the buyback saw a significant drop in participation compared to last year, which raked in 410 firearms exchanged for gift cards valued at $100 to $200, the Boston Herald reported.

“There’s no question why the total number is down: The gun buyback’s numbers clearly aren’t on the same level as the guns taken a year ago,” police spokesman officer James Kenneally said during a press onference. “As long as there’s funding, it’s an option we can provide to community members.”

Though police haven’t been successful in obtaining any crime guns through the program, officials are confident that law enforcement will be able to get them off the street through other means, like by seizing guns during arrests.

So far this year, officers confiscated 417 guns from criminals, which is less than the 651 crime guns of 1,060 total guns obtained last year, the Herald reported.

“Don’t underestimate the effort that goes into taking those guns off the streets of Boston,” Kenneally said. “Those are the tough guns.”

The city saw three fatal shootings Wednesday night which capped off some 136 non-fatal shootings through Aug. 9 and brought its five-year average above the previous 124 shootings, the Herald reported.

About half of the illegal guns seized in Boston in 2013 were traced back to manufacturers and dealers in Massachusetts, the Boston Globe reported. That same year, police collected 509 crime guns, some of which were used to commit homicides and 46 percent were purchased legally in the state.