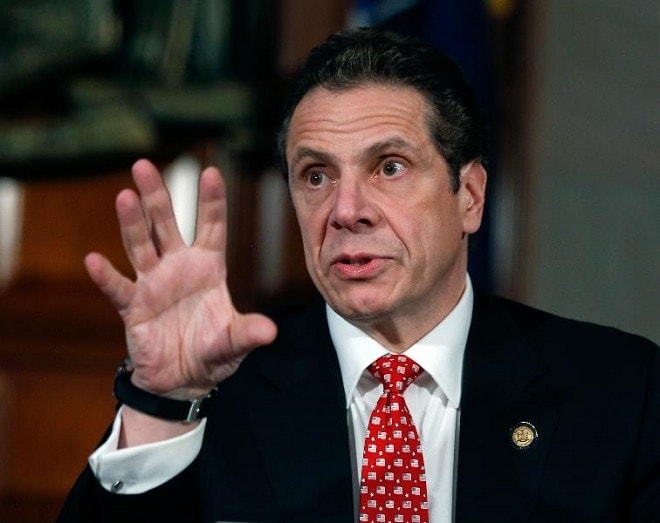 A state court ordered Gov. Cuomo and state authorities to hand over 150 documents they had been refusing since last April. (Photo: Forbes)

When the state police confiscated materials including two fake guns at a 2014 rally, a gun rights group sought more information, which a judge ordered handed over this week.

Acting state Supreme Court Justice Michael H. Melkonian has ruled that Gov. Andrew Cuomo and state officials have illegally withheld about 150 documents requested by the Shooters Committee on Political Education in association with a rally held by the group last April.

The rally, in which some 3,000 to include Donald Trump and then New York gubernatorial candidate Rob Astorino appeared to protest Cuomo’s New York SAFE Act gun control policies at the state Capitol was the subject of intense scrutiny by state police, as noted by some attendees.

“I was there, and it was total intimidation,” said state Assemblyman David DiPietro, a Republican from East Aurora. “That was done by the governor on purpose to try and intimidate people.”

Although the two replica firearms were eventually returned to their owners, SCOPE filed freedom of information request for documents related to the rally, to which state officials refused citing attorney-client privilege. This led to the lawsuit in which Judge Melkonian ruled the state’s argument didn’t hold water and ordered the documents made public within 30 days.

“This decision is yet another win for open and accountable government in New York,” said SCOPE President Stephen Aldstadt.

SCOPE has consistently used information requests as an effective tool in taking on the Cuomo administration, even if they have to get them enforced by the courts.

SCOPE attorney Paloma Capanna had filed suit in 2014 in state Supreme Court in Albany County after the state police repeatedly denied Freedom of Information Law requests for the assault weapon figures. After some 18 months of legal wrangling, the data released and proved underwhelming, being so low as to hint at widespread non-compliance.

Last month SCOPE submitted another 900 FOIL requests from people across the Empire State to the New York State Police as part of an ongoing campaign to help open up what they term secret databases of those classified under new Mental Hygiene laws associated with the SAFE Act.