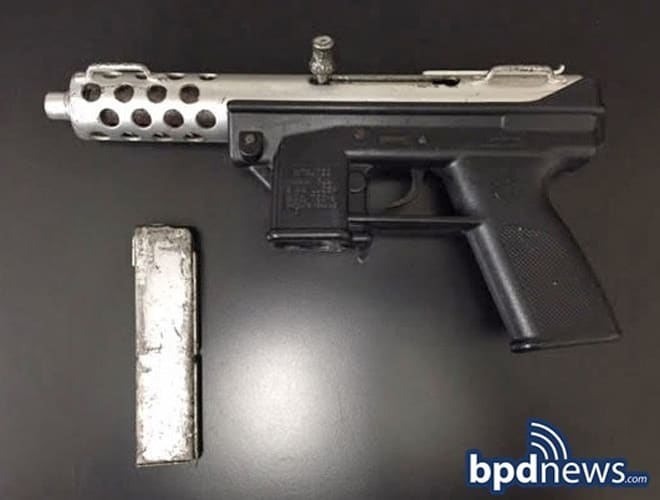 An illegal, full-auto Tech-9 is off the streets of Boston thanks to officers with the City Wide Drug Control Unit, who recovered the weapon while on patrol Friday night around 9:00 p.m.

The unit was patrolling the area following an uptick in gang activity and the violence that follows when they spotted two males – both of whom are known to authorities – walking down the street. As the officers approached the men to speak with them, Tyriq Wiggins, 20, immediately fled and held his hand at his waistband as he ran.

Following a brief foot pursuit, Wiggins was apprehended and authorities discovered he was in possession of a fully automatic Tech-9, as well as a bag of heroin and three bags of crack cocaine.