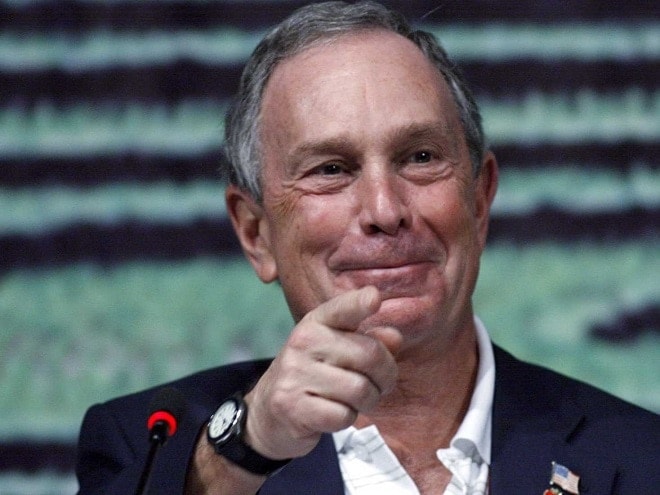 Spending by a gun control group backed by Michael Bloomberg blew away all other lobbyists in Oregon in the first half of the year. (Photo: Reuters/Supri)

According to data released by the Oregon Government Ethics Commission this week, Everytown for Gun Safety spent over $750,000 to pass expanded background check laws.

The total figures show that Everytown for Gun Safety Action Fund spent some $764,231 in lobbyist expenditures from January through June including $157,961 in the first quarter and $606,270 reported in the second.

In opposition, the National Rifle Association paid $48,572 for the same period.

Everytown, backed in large part from personal donations from former New York Mayor Michael Bloomberg, made Oregon a target for expanding background checks after spending millions to help support a ballot initiative to do the same in neighboring Washington in 2014.

The increase in spending over last year’s figures in Oregon by the gun control organization is meteoric.

In 2014, data show the NRA, combined with gun industry trade group the National Shooting Sports Foundation, spent a total of $48,369, which outpaced Everytown’s $32,689 and Cease Fire Oregon’s $4,250 by a slight margin. While the pro-gun groups spent largely the same amount in the first half of 2015, it was pennies on the dollar when compared to Bloomberg.

The cash influx seems to have worked as Oregon’ Senate passed the background check legislation endorsed by Everytown by a 17-13 party line vote in April despite much public debate while the House approved it by a 32-28 vote the next month.

Democratic Gov. Kate Brown signed the bill into law in May, making Oregon the eighth state to mandate background checks on virtually all gun transfers.

Those who conduct a transfer without a background check and federal paperwork risk a Class A misdemeanor for their first offense, which could lead to up to a year in jail and fines of up to $6,250. Subsequent violations would be a felony that could earn the violator up to five years in state prison.

Everytown so far this year has spent far more on lobbying in the state than any registered group according to the OGEC figures. The next closest reported expenditure came from the Oregon Education Association who spent $280,177 – a figure less than half Everytown’s amount – to campaign for strengthened public education measures and a student assessment bill of rights.

This is not the first time the Bloomberg group dug deeper than gun rights organizations in a move to pass expanded background checks.

A previous Guns.com report detailed how Everytown and a local group spent $129,346 lobbying in favor of increased regulation in Vermont while the NRA and their state affiliate only put in $27,071.

However, despite the nearly five to one ratio, gun control advocates lost the Vermont fight in the face of strong opposition from grassroots organizations.