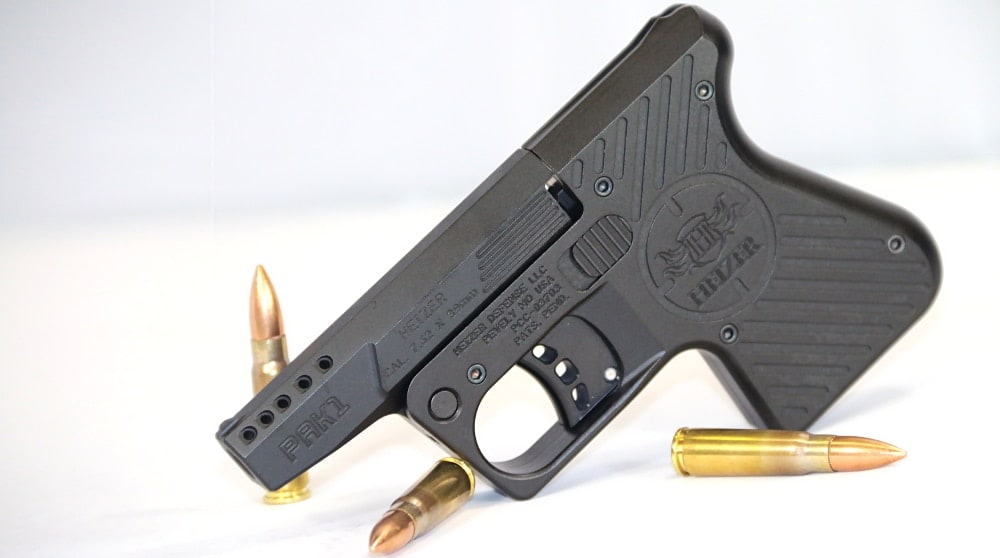 The Pocket AK follows the Pocket AR introduced a short while ago chambered for .223 Remington/5.56 NATO. Both are primarily for shooting huge fireballs at the range and having a great time doing it, but the Pocket AK will have more recoil and shoot a marginally cheaper cartridge.

And in the case of self-defense, the PAR1 offers a little more on the receiving end of the muzzle. With its larger bore the Pocket AK is rated to sling a 123-grain bullet at a surprising 1,200 feet per second, about the equivalent of a hot 9mm Luger round. 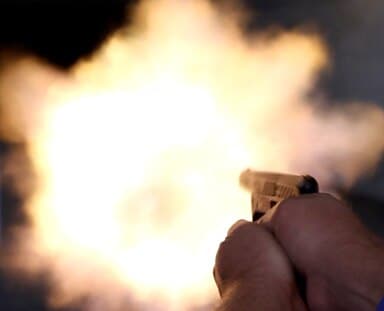 It’s not great for protection. The projectiles are designed to hit at much higher velocities and won’t perform anywhere near as well as if they were fired from a conventional rifle or even a short-barreled rifle, but combined with the fireball it has some potential as a last resort.

It’s thin enough to carry concealed at just 0.7 inches wide, albeit heavy in its class at 23 ounces unloaded. That will help with the recoil, and since the Pocket AK’s primary role is for having fun shooting with friends and family, it’s more than cut out for the job. The standard model comes with Heizer’s “progressive” porting to help control the muzzle and reduce felt recoil.

The ports start off spaced widely and then close together. They’re also angle backwards to further reduce recoil over standard porting and have bevels to redirect gas away from the shooter. The new ports will also be offered on the PAR1 Pocket AR.

Additionally barrels are now offered separately to convert Pocket ARs to Pocket AKs and vice-versa, ensuring that fun will be had no matter what ammo is on hand. The PAK1 has a $449 MSRP so with a little shopping it should be possible to find it for $400 or less.