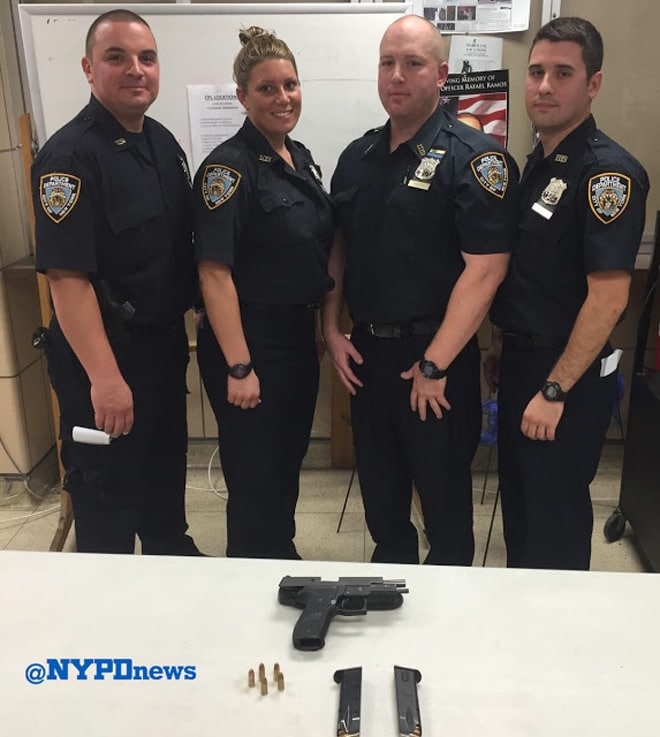 Four officers with the New York Police Department are being hailed as heroes after – using only the power of communication – convinced an emotionally distraught and depressed individual to put down his gun. The man was safely placed in custody and not a single person was harmed during the incident.

Officers Russack, Gilson, Corcoran, and Vlaovich responded to a 911 call from Queens about the man and initially tried to engage in a conversation with him but took cover when he displayed a handgun. While taking cover, the officers continued to talk with the man and convinced him to put down the weapon.

But when the officers began to approach him for a second time, he picked up the gun again. Still, the officers continued the conversation with him as they moved in closer, eventually convincing him again to put down the gun, after such time they secured the loaded semi-automatic 9mm and placed the man in custody.

“I cannot stress enough how dangerous of a situation the officers were placed in,” said Deputy Inspector Tom Conforti, the 109 Precinct commander. “It is a true testament to the professionalism and bravery of these officers that the incident was defused without a single injury to anyone involved. I commend them and thank them.”