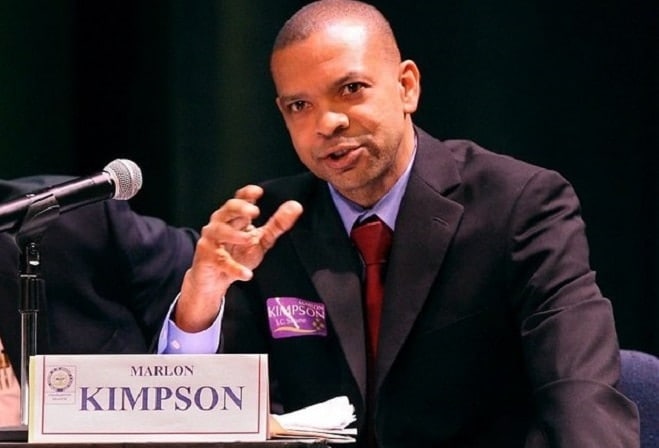 State Sen. Marlon Kimpson has five bills on his desk that would bring a host of changes to South Carolina’s gun laws. (Photo: Post and Courier)

Sen. Marlon Kimpson, D-Charleston, announced this week that he will pre-file a volley of bills in the state Senate for January’s session that, if enacted, will add an extra layer of scrutiny to background checks on gun transfers, ban firearms defined as assault weapons, establish a permit system to buy a gun, mandate stolen guns be reported and create a gun registry.

“I don’t think there is any dispute that there is a direct correlation between weak gun laws and violence,” Kimpson told The State on Monday. “It is within our power to do something about it.”

Kimpson is queuing up five bills to introduce to the General Assembly in coming months as reported by WCSC and the Associated Press.

The first, termed the “Background Check Plus,” would require those purchasing guns to undergo not only the federally mandated check through the Federal Bureau of Investigation, but also one performed by the State Law Enforcement Division while eliminating the possibility of transferring a gun after a three day waiting period until the check is complete.

The second bill would mandate that all gun owners register their firearms with SLED so that they could be tracked if lost or stolen.

The third would classify a number of semi-automatic firearms as assault weapons then move to ban the same.

Kimpson’s fourth proposal would require gun owners report all lost or stolen firearms to SLED while the fifth would establish a permit to purchase scheme in which potential gun owners would first have to obtain a license to do so before a sale could proceed.

Although the legislation is still in its infancy, key Senate Republicans doubt it will make it very far.

“There is absolutely no appetite for gun control or gun registration,” said Sen. Larry Martin, R-Pickens, chair of the Senate Judiciary Committee through which Kimpson’s proposals would likely have to pass.