Family of teen burglar believes he was 'wrongfully killed' 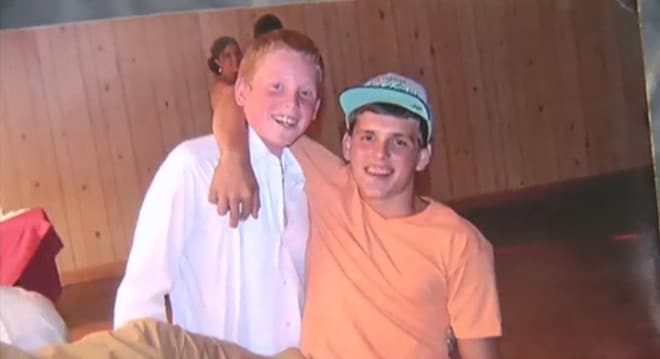 Cameron Kaminsky, pictured here with his brother, would have entered 11th grade this fall and planned to play football. (Photo: Beaumont Enterprise)

The family of a 16-year-old teen killed during an alleged home invasion in Jefferson County, Texas, is speaking out, saying they demand answers for the killing of a boy they’re convinced would never break into another person’s home.

According to reports from local media, the homeowner, whose identity has not been made public, said he woke up to his dog barking around 2:30 a.m. Monday, so he grabbed his handgun and walked through the house. When he entered the kitchen, he found an intruder with his face covered by a mask, and fired several shots at the uninvited guest.

The suspect then fled from the home and jumped over a fence before winding up in a neighbor’s yard. Those neighbors held the suspect at gunpoint until police arrived a few minutes later. But when officers came on the scene, the suspect was pronounced dead, and an investigation revealed that the suspect was Cameron Kaminsky, a boy who lived one street over.

Alvin Craigen, Kaminsky’s grandfather, said the teen was a good kid who wanted to join the Army. Craigen said his grandson would never do anything illegal and nobody could have ever made him go into that house. In fact, Craigen believes that the teen was never even in the house and the homeowner simply shot the wrong person.

“There was two other kids with them and they had masks on,” Craigen told reporters. “We’re thinking Cameron was out standing by the road watching out for them.”

However, Jonathan Doucet, Kaminsky’s friend, said he believed his friend had fallen in with the wrong crowd and he tried to warn him.

No charges have been filed against the homeowner at this time and authorities have not made mention of any other possible suspects.