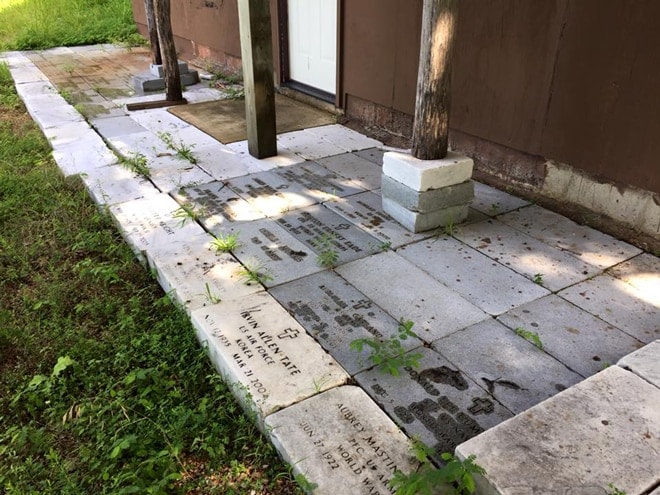 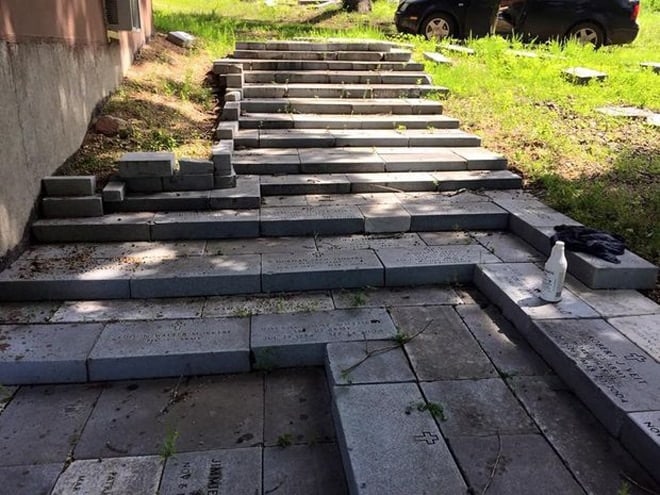 A Missouri homeowner is being scrutinized after photos of the unusual patio on his Ozark County property emerged on social media last week. What makes his patio so unique? It’s built entirely from discarded military headstones, and while some say it’s a creative way to recycle something that would otherwise be destroyed, others say it’s downright disrespectful.

Approximately 150 gravestones make up the patio, walkway and steps that stretch around the man’s home. Some are marked, others are not. Some bear the names of veterans, others are engraved with their spouses’ names. Some of the gravestones are from as far as California, others came from Alabama and Texas.

Investigators from the Department of Veteran’s Affairs are looking into the incident because, as it turns out, what the homeowner did is a federal crime, but the homeowner says he never meant any harm or otherwise ill feelings. He says he simply took advantage of something that he shouldn’t have.

“I was just making something out of nothing,” he said, noting that 90 percent of the gravestones were broken when he found them in a landfill.

The homeowner said the stones, which contain engraving mistakes, were never in a cemetery and went directly from the monument maker to the landfill where he found them almost a decade ago.

The stones were discovered by a realtor, who then called them to the attention of his friend and Navy veteran, Ed Harkreader, who snapped photos and posted them to social media. Harkreader said he initially tried to contact the homeowner about the matter, but was unsuccessful.

At first the homeowner refused to remove the headstones, saying that he couldn’t, but Harkreader has since said that if he needs help removing them, he would be happy to get the Patriot Guard out there with a dump truck.

Unused military gravestones are supposed to be discarded, but it’s unknown at this time how they ended up in the landfill, which will likely be part of the VA’s investigation.