Shotgun ammo maker asks: Are you prepared for drones? 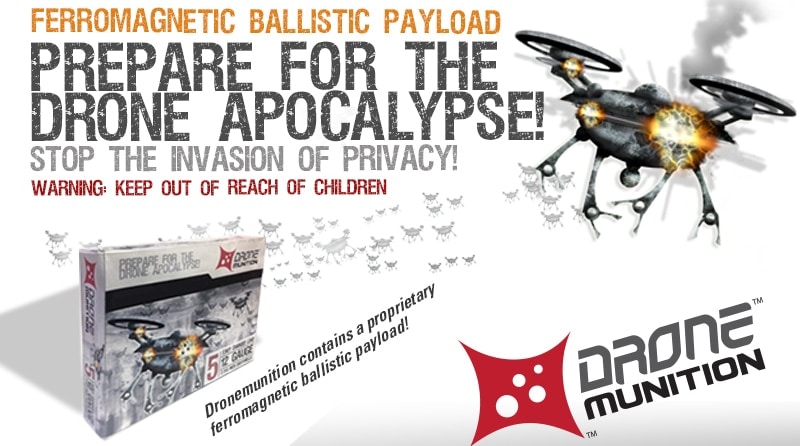 Called Drone Munition, it’s not a new idea but it’s real, and it’s here, available now through Lucky Gunner. Currently offered in number 2 shot, SRSP is working on a second BB load. Both use SRSP’s “proprietary ferromagnetic ballistic payload” steel shot which can be used just about anywhere and definitely plays up on the ammo’s ability to mess up a drone.

“We are very excited to be manufacturing a product focused on defending our freedoms. We see this line as a game changer in the industry and as an important defense against rising threats to our way of life,” said Casey Betzold, Snake River president.

This isn’t the first time we’ve seen anti-drone shotshells from Lucky Gunner but the last round was a just an April Fool’s gag. Snake River is a genuine ammo manufacturer that’s best known for their ammunition for Team Never Quit lead by “Lone Survivor” author and retired Navy SEAL Marcus Luttrell.

Drone Munition shells are sold in 25-round boxes for $22 per box which is up there but not totally out of line for premium hunting and target ammo. They are 3-inch shells loaded with 1.25 ounces of steel shot. 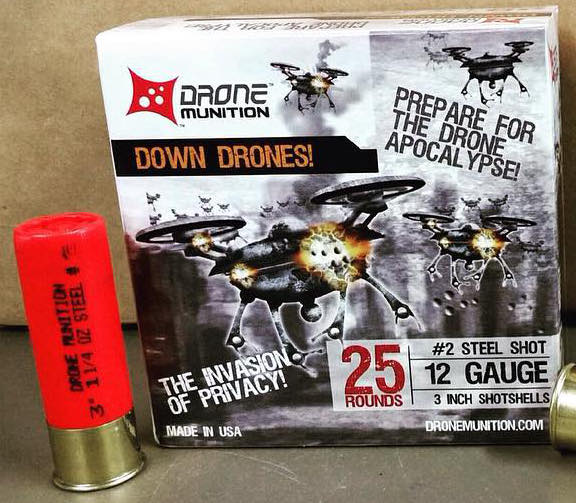 Are you prepared? (Photo: SRSP)

“Drone Munition was created to provide defense against the danger caused when drones are misused. Drone Munition is lead free, safe for the environment and provides a very high quality load that will effectively disable a drone encroaching your property’s airspace,” the company said. “As a side note, the round also makes for a very high end hunting load for ducks, geese or turkeys.”

The concept of shooting drones goes back a few years and has even been turned into a niche shotgun sport called Gnat Warfare, where five-person teams take turns to destroy reactive targets on the underside of special remote-control airplanes.

Still, the current generation of drones do raise legitimate privacy concerns. Recently a Kentucky father brought the matter to national attention after being arrested for shooting down a drone on his property while his daughters sunbathed nearby, and before that, a Colorado town pushed the issue by selling hunting licenses for drone hunters.

This is one way to deal with it in a silly way, more to raise awareness than it is to provide the means to drop flying spy cams.