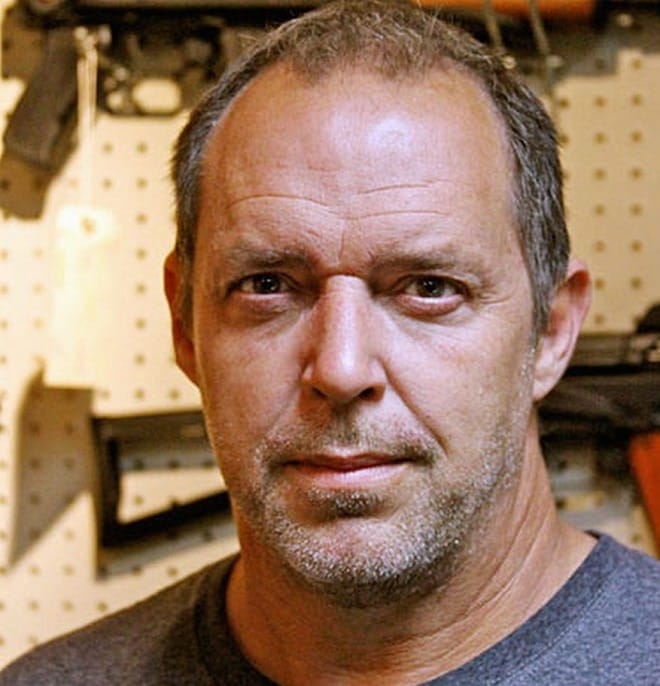 Will Hayden, formerly of Sons of Guns and Red Jacket Firearms, has been jailed for a year and now has new representation. (Photo: Discovery Channel, file)

A Louisiana judge on Thursday allowed the “dream team” of lawyers defending former TV show “Sons of Guns” star Will Hayden to withdraw from his case.

As reported by The Times-Picayune, Hayden has grown his hair out and jail appears to have worn the former celebrity gunsmith down.

Besides his appearance, the primary development in the case is the court’s approval for a trio of private attorneys that have been representing Hayden to move along at their own request.

“I’m releasing the dream team,” said, Erwin to Frank Holthaus, Steven Moore and Franz Borghardt, who have stood by Hayden since last year.

Borghardt declined to comment on their reasons for asking to withdraw from the case, simply stating that remaining with Hayden was, “unsupportable.”

Taking the place of the three will be Susan Hebert from the East Baton Rouge Parish Public Defender’s Office.

As noted by The Times-Picayune earlier this year, the cash-strapped Public Defender’s Office, now tasked with Hayden’s legal defense, is overworked.

According to 2014 figures, the office, which employs about 45 lawyers, handled about 22,620 cases for an average caseload of 503 cases per lawyer.

Arrested in August on charges of child molestation and released on a $150,000 bond, Hayden was arrested again two weeks later on aggravated rape charges of a 12-year-old that resulted in the Discovery Channel breaking ties with “Sons of Guns.”

While Red Jacket Firearms likewise distanced themselves from their one-time front man, grand jury indictments were handed down on Hayden involving allegations from four women in Livingston and East Baton Rouge Parish to which the former TV star has maintained his innocence.

Hayden’s next hearing date in East Baton Rouge is expected on Oct. 14.

Under Louisiana law, a conviction on aggravated rape carries a life sentence.