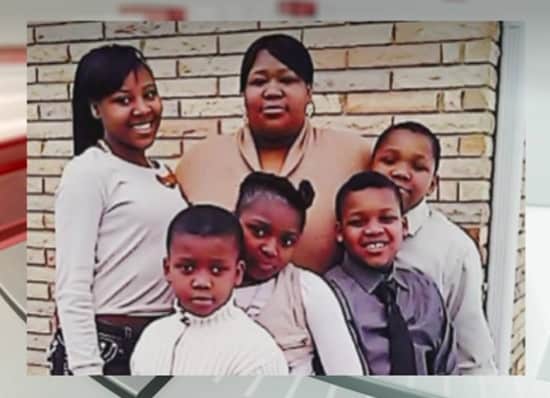 Tamara Sword was a single mom who left behind five children. (Photo: WISH)

A well-known activist who advocates against violence in Chicago is now mourning the death of his own daughter after she was shot and killed in Indianapolis early Saturday morning.

Authorities believe Tamara Sword, 32, was caught in the crossfire of two feuding groups when she was shot in the chest outside of a gas station, the Chicago Tribune reported.

Andrew Holmes, who has been an anti-violence activist for more than a decade, said he received the phone call while working on a Chicago crime scene, as he often does. Holmes said he was given very little information at first, only told to get there as soon as possible, but by the time he arrived at his daughter’s side, she had already passed.

Sword, who got a job at Kentucky Fried Chicken straight out of high school and worked her way up to management, was out at a local club with some friends when a fight broke out inside and security told everyone to leave. She and her friends went to a gas station next door for safety, but unbeknown to Sword, the two groups involved in the dispute went to the same gas station as well.

Minutes later a gunfight broke out and although Sword attempted to take cover in a vehicle, she was shot in the chest. Josh Riggins, 28, was also killed during the shootout. His body was discovered under the car where Sword was found. He apparently attempted to take cover behind the car, but was struck by another vehicle that fled when the gunfire erupted. For over a decade Andrew Holmes has helped others afflicted with violence, but the violence has hit home. (Photo: Nancy Stone / Chicago Tribune)

But as police arrived on the scene, all of the witnesses fled, leaving authorities little with which to work. Holmes said 45 shell casings were recovered from the parking lot of the gas station, but authorities do not believe any of the suspects were hit.

“What hurts the most is there are people who don’t give up information. They know who the individuals are, who the players are,” Holmes told local media. “They might as well have pulled the trigger themselves and took my daughter’s life.”

Holmes, who called the shooting “senseless,” said a $15,000 reward is being offered for information leading to the arrest and conviction of those responsible for his daughter’s death.

“I work very hard for many years as an activist to reduce gun violence,” he said. “I’ve worked with so many families and it hits my home deeply, my own daughter.”