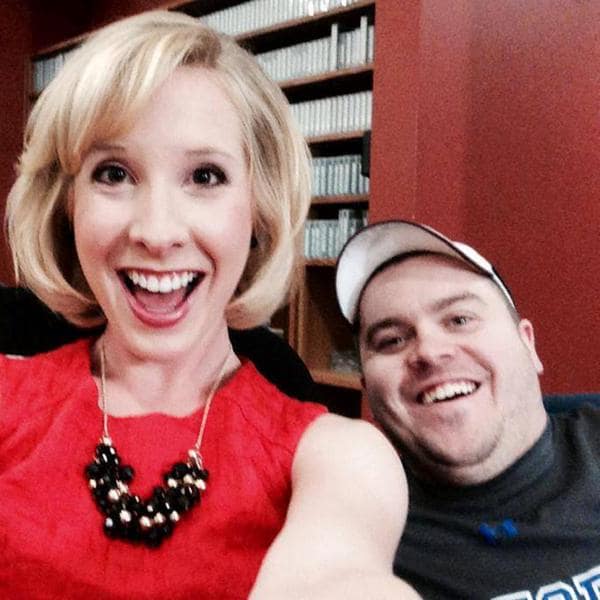 Police say the gunman who opened fire on a reporter and photographer Wednesday morning during a live interview has shot himself and later died at the hospital, according to reports.

WDBJ7 reporter Alison Parker, 24, and photographer Adam Ward, 27, were gunned down around 6:45 in the morning during a live broadcast in Bridgewater Plaza, Virginia, located about 25 miles southeast of Roanoke.

Both Parker and Ward had relationships with other employees at the news station. Parker’s boyfriend, who she had just moved in with, was also a reporter with WDBJ. And Ward’s fiance was producing the interview that was airing when the pair were shot.

The suspect, Vester L. Flanagan, a disgruntle employee of the station who went by the on-air name Bryce Williams, was confronted by police on I-66 and in response he turned a gun on himself, according to reports.

Video of the incident circulated around social media that showed the reporter scream and what sounded like gunshots.

The broadcast was cut short once the camera hit the ground and then switched to a confused anchor sitting at a news desk. However, before the signal went to black, it captured a brief image of Flanagan, which authorities circulated.

However, Flanagan uploaded first-person video of himself executing Parker and Ward on his own social media accounts, which have since been deactivated.

The video shows him sneaking up on the crew during the interview, point his handgun at Parker and pull the trigger. The video then gets shaky, but it shows Parker start running away before it goes black. The recorder still picks up audio, so viewers continue to hear gunshots.

Flanagan led both local and federal authorities on a car chase before they caught up with him. According to reports, he ran off the road and crashed a car he had rented.

He apparently faxed ABC News a 23-page manifesto last night, which the station handed over to investigators.

According to reports, WDBJ fired Flanagan but unspecified reasons in February 2013. On his social media accounts, Flanagan blamed Ward and Parker for losing his job. It’s unclear if and how Flanagan planned the attack.