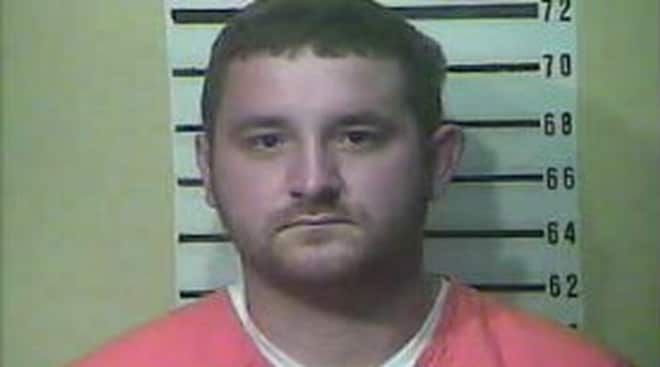 Authorities in Kentucky are investigating the circumstances surrounding the death of an inmate who fatally shot himself with a bailiff’s gun Wednesday morning at the Bell County Courthouse in Lexington.

Erik B. Barnett, 25, was on his way back to jail on the order of the judge after failing a drug test when the incident occurred just before 11 a.m. According to reports from a local NBC affiliate, Barnett was in the elevator with the bailiff on their way to the basement floor when he overpowered the bailiff and knocked him to the ground before gaining control of the bailiff’s gun.

While still in the elevator, Barnett shot himself, and was pronounced dead at the scene. Only Barnett and the bailiff were in the elevator at the time of the shooting.

According to the Kentucky State Police, Barnett was not placed in handcuffs following his hearing and the Bell County Sheriff’s Office is working to determine why not. Any breach of protocol will be reviewed, authorities said.

“Anytime you’re talking about a court house, an individual inside for court, you’ve got to be ready for these situations,” said Trooper Shane Jacobs with the Kentucky Highway Patrol. “And for some reason Mr. Barnett was not handcuffed, and this incident took place.”

After the shooting, the courthouse closed for the remainder of the day, but is expected to reopen Thursday.

Authorities did not elaborate on the drug testing or Barnett’s case, but his original charges stemmed from drug possession.

The bailiff, who did not get medical attention for his injuries, is reported to be doing okay physically, but according to the Bell County sheriff, he remains very shaken up over the incident.

The state medical examiner is scheduled to perform an autopsy on Barnett’s body Thursday, and the incident remains under investigation.