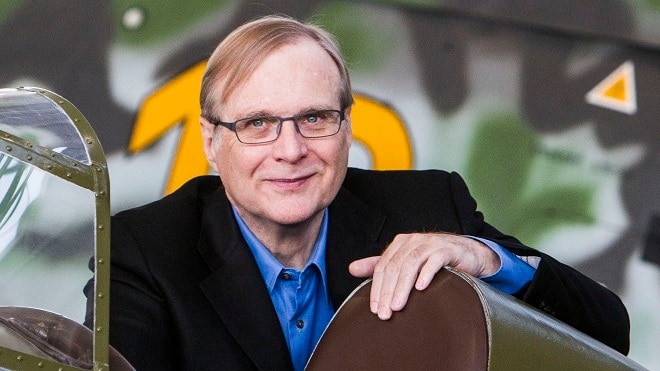 Seattle Seahawks owner and tech guru Paul Allen is the driving force behind a ban on trafficking in animal parts opposed by the NRA. (Photo: Forbes)

Billionaire investor Paul Allen and the National Rifle Association are at odds over a Washington voter referendum to ban trafficking in a number of animal parts.

The proposed ban, Initiative 1401, is a winding 16-page measure that would criminalize the trade in certain animals ranging from the relatively obscure pangolin — a type of scaly anteater, to more well-known marine turtles and elephants.

“Every day, endangered species like elephants and rhinos are slaughtered to fuel a lucrative trade in unnecessary products made of ivory or horn,” reads a statement on Allen’s website to promote the initiative. “We must attack the economic incentives associated with trafficking wildlife products and give law enforcement the tools needed to shut down the networks that contribute to this criminal activity.”

The initiative would ban the sale, purchase, trading or distribution of parts or items made from parts of big cats such as the tiger, lion, leopard and cheetah; as well as elephant, rhinoceros, pangolin, marine turtles, shark, or ray species listed as endangered or vulnerable in either the Convention on International Trade in Endangered Species or the International Union for Conservation of Nature’s “red list.” Those convicted of the practice would face five years in state prison and $10,000 fine.

Animal rights groups such as the Humane Society of the United States and Defenders of Wildlife as well as numerous West Coast parks and zoos endorse the referendum, planned for the November 2016 ballot.

While there would be some exemptions for grandfathered antiques and musical instruments using prohibited animal parts, it is the prospect of guns and shooting accessories with ivory accents, grips and inlays being caught up in the proposed ban that has Second Amendment groups in opposition.

The NRA’s lobbyist in Washington, Brian Judy, told the Seattle Post-Intelligencer the measure would likely do little to protect endangered species while otherwise law-abiding gun owners in turn could be criminalized if they sell a vintage item.

“It’s a ban on the sale and transfer of ivory,” said Judy. “So why do we care about that? There are a lot of — and I’ve got a .45 gun set ivory — there’s a lot of collectors’ guns, a lot of shotguns, presentation boxes, a lot of hunters have guns with ivory handles. You might have an ivory chess set that’s been passed down.”

The lobbyist argues that Allen structured the initiative to exempt ivory inlaid instruments for musicians of the Seattle Symphony, for which he is a donor, but hasn’t done the same for guns and other items.

Allen’s deep financial support for I-1401 mirrors his similar funding in last year’s I-594, a measure that brought expanded background checks to the state after the NRA helped foil a similar push in the Washington legislature.

Ironically, Allen’s support for the ivory regulations comes just two years after allegations his sister directed security heads for his Vulcan company to smuggle ivory out of Africa and penguin skulls out of Antarctica.