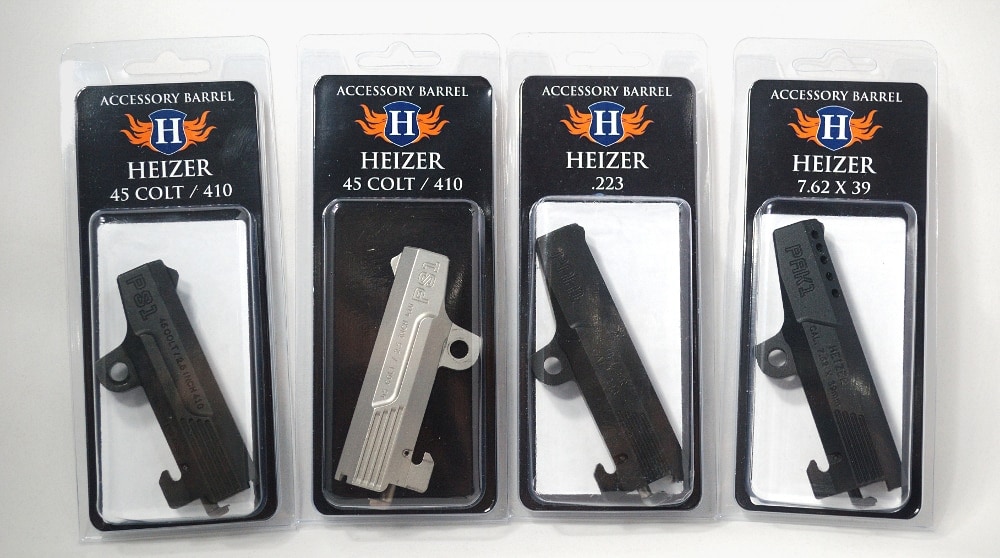 Conversion barrels are offered in all three versions, .45 Colt/.410 bore, .223 Remington and 7.62x39mm, with a slick black or natural stainless finish. Additionally the .223 Rem. barrels are offered with and without Heizer’s own “Progressive” porting.

The ports start off spaced widely and then close together for an increased brake effect as the bullet nears the muzzle. The idea is to provide muzzle control and lower felt recoil without significantly lowering muzzle velocities more than they already are given that these are short-barreled derringers. The ports are angled backwards to further reduce recoil over standard porting and have bevels to redirect gas away from the shooter.

Ports come standard on all 7.62×39 barrels due to the increased recoil, and are an option on .223 Rem. barrels. The .45/410 barrels are not offered with ports. The 7.62 barrels need the extra braking power thanks to the heavy recoil of the .30-caliber cartridge. 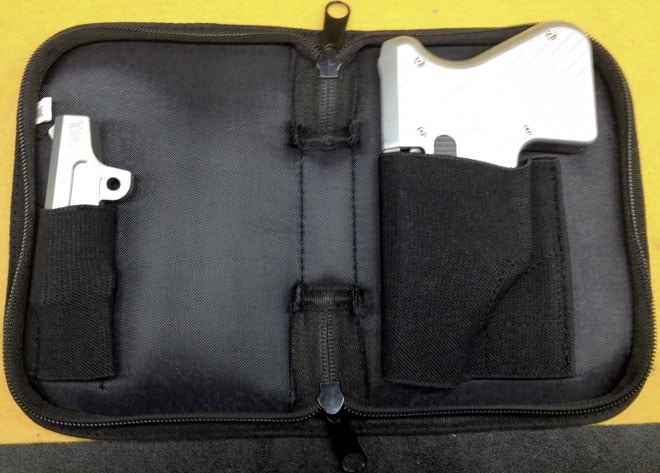 Despite the short barrel Heizer clocks 7.62×39 at about 1,200 feet per second, generating almost 400 foot-pounds of force — with a gun that’s just 0.7 inches wide and weighing only 23 ounces.

Conversion barrels have a suggested price of $159 for the non-ported models and $199 for ported models, for both black and stainless barrel assemblies. To change the barrels all you have to do is break open the pistol as though you were loading or unloading it, push the takedown pin out to the right, and remove the installed barrel assembly. Reverse the process to install a conversion barrel and get back to shooting.