Have you seen this missile? If so, the Army wants it back 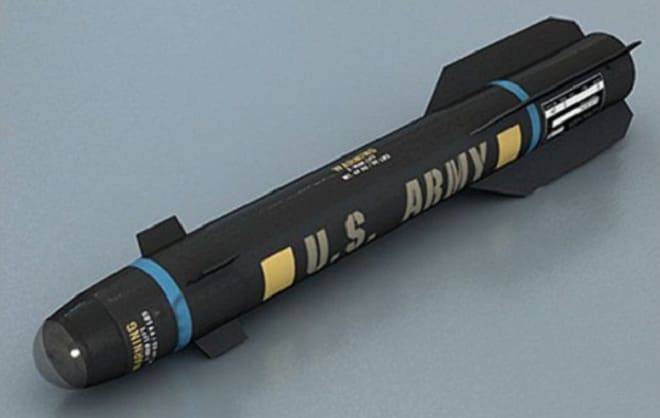 Somewhere in the woods between Fort Drum and New Windsor, probably in a freshly burrowed hole, is one of these. (Photo: U.S. Army)

Personnel from Fort Drum in upstate New York are asking the public to keep an eye peeled for a lost inert training missile that fell from an Apache gunship over points unknown Friday.

The device, a dummy version of the Hellfire anti-tank missile dubbed the M36 Captive Flight Training Missile, is just over five feet long and weighs 100-pounds.

Like most Army ordnance of the non-explosive training variety, it has blue stripes that are a clue to EOD/UXO types that it is less likely to spontaneously disassemble when moved and base officials advise it is not a threat.

“This thing is not a hazard to the public,” base public affairs spokesman Julie A. Halpin said. “If you find it, please get a hold of us or your local police department.”

The M36 fell from a AH-64 Apache of the 10th Combat Aviation Brigade last Friday morning as it was traveling from Fort Drum’s Wheeler-Sack Army Airfield to Stewart International Airport, near New Windsor, where it was to serve as a static display for an upcoming airshow.

Right now there is a 1SG somewhere whose eye is twitching.