Over 1,000 supporters take to the streets for slain officer (VIDEO + PICS)

An enormous crowd of people gathered together Sunday evening to show their support for a Harris County Sheriff’s deputy who was brutally shot and killed, execution-style, while on duty Friday night.

Deputy Darren Goforth was filling up the gas tank of his patrol car when the suspect, who was later identified as Shannon Miles, came at him from behind and shot him multiple times. Authorities still lack a motive in the sinister slaying, but Miles is due to be arraigned in court Monday.

More than 1,000 residents participated in the march that started at a local church and ended with a vigil at the site where Goforth was killed. Participants included elderly residents, some using walkers, who were reported to have shown their support by standing outside of an assisted living facility, holding blue balloons, as the crowd passed.

Christine Bossi, who organized the vigil, said she was shocked by the outpouring of support.

“No one could have imagined all this,” she said. “We’re even hearing from companies willing to match some of the donations.”

In addition, a GoFundMe account, created by fellow deputy and coworker, Brandon Herlong, has brought in over $70,000 in just one day. Herlong said the money will go to Goforth’s wife and two children. 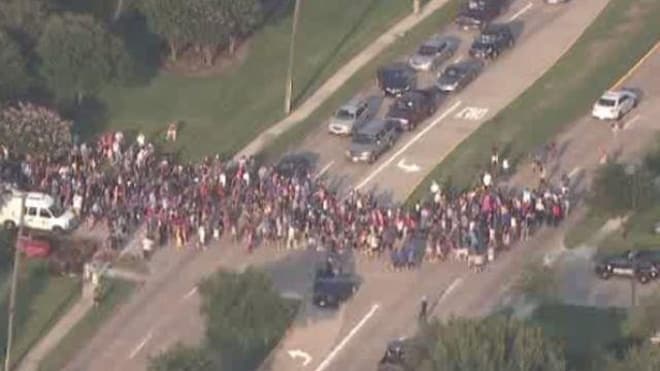 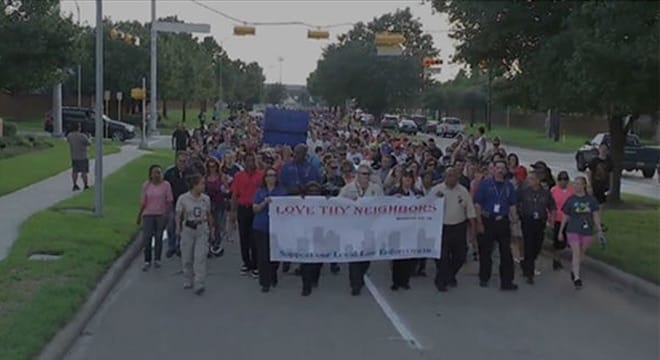 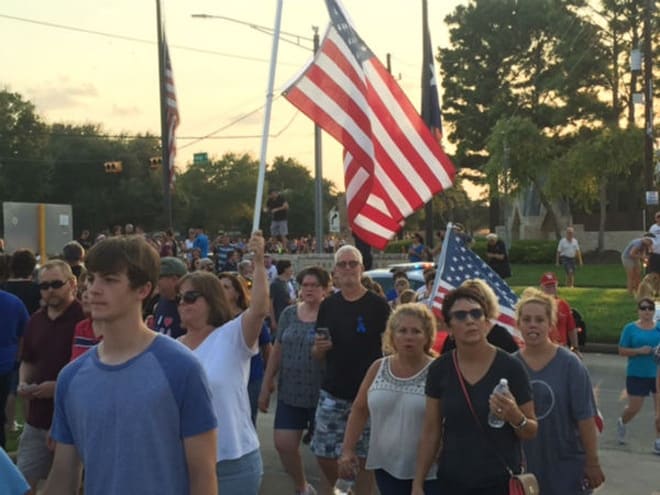 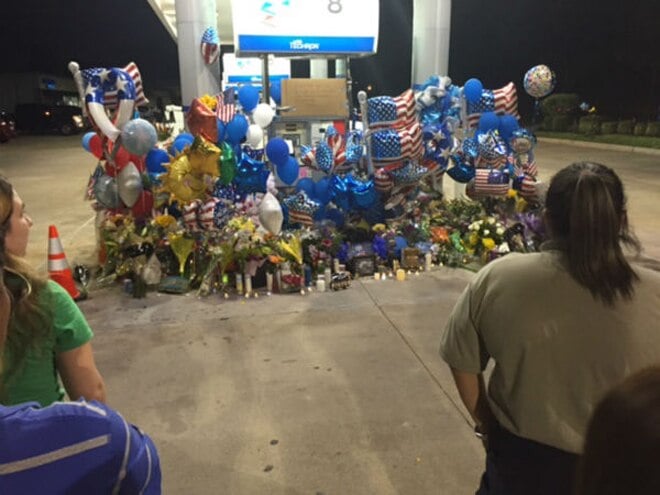 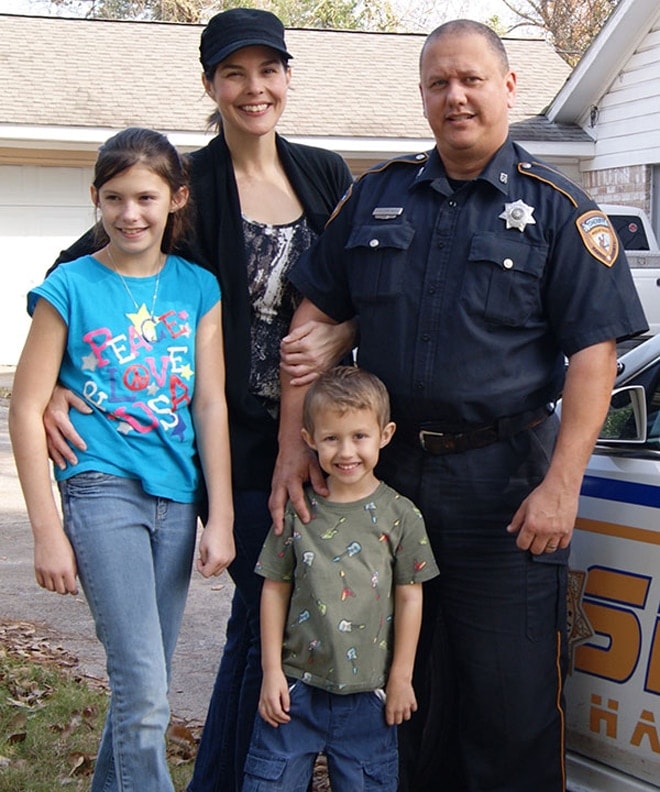