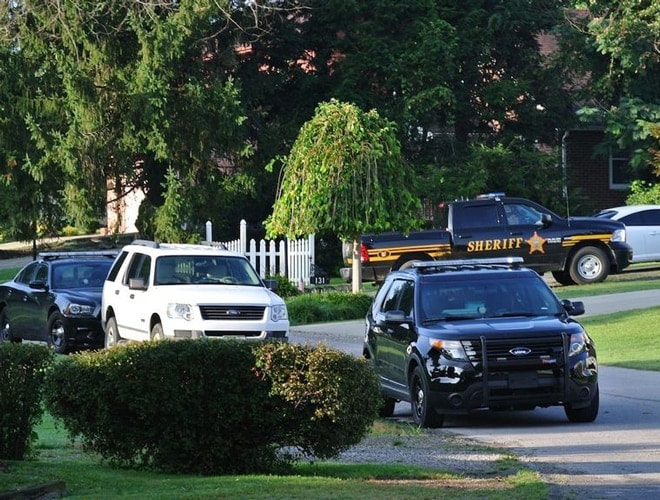 A domestic dispute in Jackson, Ohio, on Aug. 24 ended with two men dead and one woman critically injured before she fatally shot her attacker.

Authorities received multiple 911 calls just before 7 a.m. after nearby residents said they heard screaming and gunshots, according to reports from The Athens Messenger. When officers arrived on the scene, they found two deceased males – David Hoover, 54, and Paul Christian, 52 – at the home and the female homeowner, Emily Adkins, 22, suffering from two gunshot wounds.

Authorities think Christian arrived at the home on a bicycle as Hoover was leaving and Adkins, along with her 2-year-old daughter, were still asleep inside. Christian attacked Hoover and a fight broke out between the two men, which first started in the yard and eventually moved onto the porch.

At some point during the altercation, Adkins awoke when she heard screams coming from outside and went to the door to find the men fighting. Police believe that Adkins then closed the door, locked it and went to retrieve a .380-caliber handgun. While Hoover and Christian were fighting, Christian apparently stabbed and “hacked” Hoover multiple times before going after Adkins.

Christian was able to force his way inside the home and shot Adkins once in the torso using the same caliber weapon, before the woman was able to return fire and fatally shoot Christian.

Both men were pronounced dead at the scene and Adkins was rushed to the hospital with life-threatening injuries, where she underwent surgery and was last listed in stable condition. 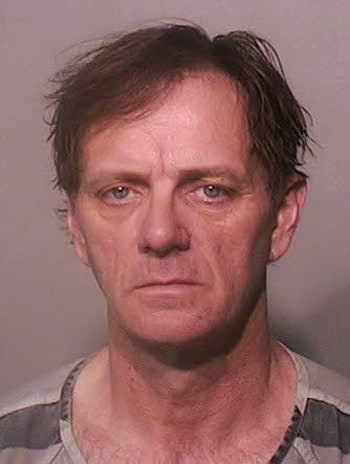 Some reports say Paul Christian was Adkins’ uncle, while others indicate he was the father of her child. (Photo: Jackson PD)

Adkins’ child was not injured during the ordeal. Authorities believe she was in another room and did not witness any of the attack. She is currently in the care of family members.

Jackson Police Chief Carl Eisnaugle, although he would not speculate on what he thought may have sparked the attack, confirmed that Christian had an extensive criminal history and at the time of the shooting was wanted for aggravated robbery, sexual battery and abduction for an earlier incident involving Adkins and her daughter.

Eisnaugle added that local law enforcement dealt with Christian and Adkins on multiple occasions in the past and that “Christian had been all over the place trying to avoid being picked up” for his current charges.

It is unknown if Adkins had a protective order at the time of the shooting, but no charges are expected to be filed against Adkins, who appears to have acted in self-defense.

Neighborhood residents, many of whom believed their small town was immune from such acts, were shocked and saddened to hear about the incident. But Jackson Mayor Randy Heath told a local ABC affiliate, “We all know in today’s world, an incident like this can happen anytime, anywhere.”