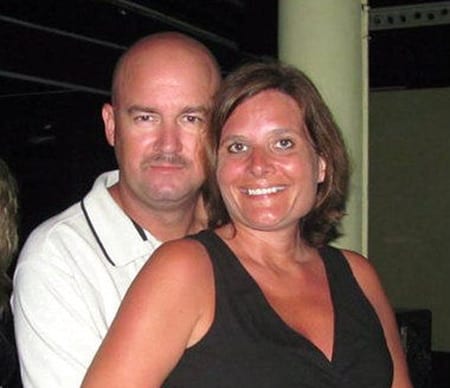 Richard and Michele Moore were married more than 20 years and have two daughters in college. (Photo: Facebook)

A domestic dispute between a couple in their Vancleave, Mississippi, home ended in fatal gunshots, but a source close to the investigation told The Mississippi Press the shots were likely fired in self-defense.

Police received a 911 call Wednesday afternoon and when officers arrived at the home they found the body of Richard Moore, 45, in a bedroom which was used as an office. Moore, who was a Biloxi firefighter for nearly 25 years, was pronounced dead at the scene.

Moore’s wife, Michele, was taken into police custody for questioning, but later released. No charges have been filed at this time. The incident remains under investigation and, once completed, the case will be turned over to the grand jury to decide whether charges are appropriate.

“Until the Grand Jury makes their determination, we cannot release any information – especially in an incident this sensitive in nature,” said Jackson County Capt. Curtis Spiers.

Although the Jackson County Sheriff’s Department has remained mute on the details surrounding the case, the source confirmed with the newspaper that the scene of the shooting, as well as injuries Michele sustained, are “consistent with a struggle.”

Curtis said there are rumors in the community that the incident was related to the Ashley Madison leak, but those are absolutely untrue and those people “have no idea what they’re talking about.”

A friend of Michele, who wanted to remain anonymous, also confirmed she never mentioned the website, but did say the relationship was strained and Michele was in the process of filing a divorce. She said Richard moved out of the house and had been staying with a friend but she was unsure whether he may have once again been staying at the house with Michele.

According to the friend, Richard was verbally abusive toward Michele and she was terrified of him. She also said Richard drank a lot.

Authorities did not say whether there were prior reports of domestic disturbances involving the couple.