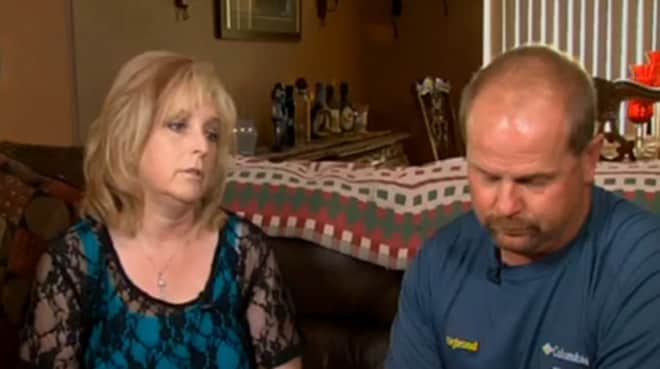 Kristi and Rod Beber had their foster care license revoked in July after Rod pulled his gun in self-defense. (Photo: KSNV)

A Las Vegas couple who have been foster parents for more than five years and taken in over 100 kids is fighting to get back their foster license after it was revoked in July over an incident which had them pulling a gun in self-defense.

On April 3, Kristi and Rod Beber had three foster children in their care when they were awakened by screaming outside. The couple looked outside to find their neighbors, who were obviously enraged, on their property.

According to an interview with local media, the terrified couple thought only of the safety of their family, so Kristi called 911, Rod grabbed a gun and they waited for the police. Soon thereafter, officers arrived on the scene and the situation was diffused.

No shots were fired, no injuries occurred and no arrests were made, but three months later, the couple was told the incident – namely Rod grabbing a gun for defense of himself and his family – resulted in a decision by the Department of Family Services to revoke the couple’s license to be foster parents. According to DFS, “the incident did not describe an adult exercising sound judgment.”

The couple was distraught over the decision and heartbroken over having to take the foster kids to a group home.

Additionally, the department also pointed out that – back in April – state law prohibited foster parents from possessing loaded firearms. However, new legislation was introduced after another couple was denied their foster care license because they both have a concealed carry permit.

Lawmakers passed AB167, which made a provision for foster parents to possess a loaded firearm when acting lawfully, and under some circumstances, even allow concealed carry permit-holders to carry firearms outside of their home while they have foster children in their care. The legislation was signed by Gov. Brian Sandoval and went into effect June 10.

Still, the Bebers, who made the decision to fight the revocation shortly after it occurred, have not received any word on getting back their license, despite the new legislation.