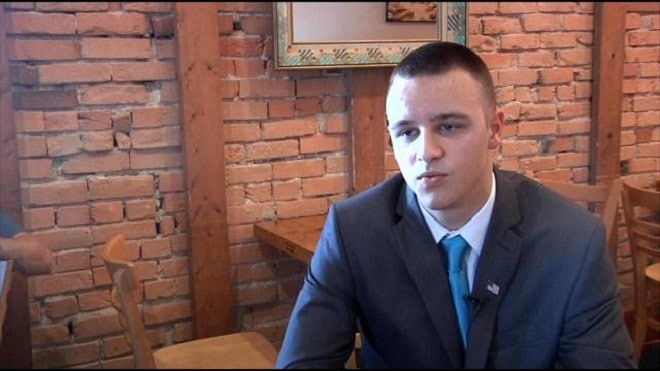 High school junior Chet Billi has been given the go ahead to gather signatures for his move to send the question of arming teachers to the voters. (Photo: ABC Fox Montana)

A voter referendum proposed by a Montana teen to allow teachers to carry firearms on campus has received the OK from state officials to move forward.

Chet Billi, a junior at Whitefish High School, filed paperwork with the Montana Secretary of State in May for the first voter initiative proposed so far for the 2016 ballot. The student decided to take action after legislation to allow teachers to carry on campus tanked in the state Senate.

“The only thing that stops a bad guy with a gun is a good guy with a gun,” said Billi in a statement. “This initiative will empower an armed good guy to be between our children and outside threats the whole time that they are at school. Those who have survived a school shooting know that it could have been stopped had someone been in the position to fight back. It shouldn’t be a crime to protect our children.”

Now Montana’s attorney general and secretary of state have approved the language of the referendum and have given Billi the go-ahead to proceed with gathering signatures to put what is now termed Initiative 175.

Billed as the Montana School Safety Act, it would allow school district employees to possess a concealed handgun on campus for defending themselves and students as long as they have a permit. Further, it would prohibit school officials from prohibiting such legal carry.

Billi has set up a social media page and website to draw attention to the measure and garnered the assistance of the Montana Shooting Sports Association which helped redraft his original measure to gain approval.

“I’m very excited that this is moving forward,” Billi told Guns.com Tuesday in an email. “I believe that extending gun rights to school staff is not only the most effective way to deter violence, but it is also the quickest way to deal with a threat if, heaven forbid, one arises.”

However, not all are getting behind the proposal.

“Because schools are supposed to be safe places for learning, adding guns into that mix threatens that,” the state’s superintendent of public instruction, Denise Juneau, told Montana Public Radio. “It just has so much opportunity for crisis to happen that it’s just a bad idea.”

Supporters need to gather the signatures of 24,175 registered voters to gain a place on the 2016 General Election ballot.