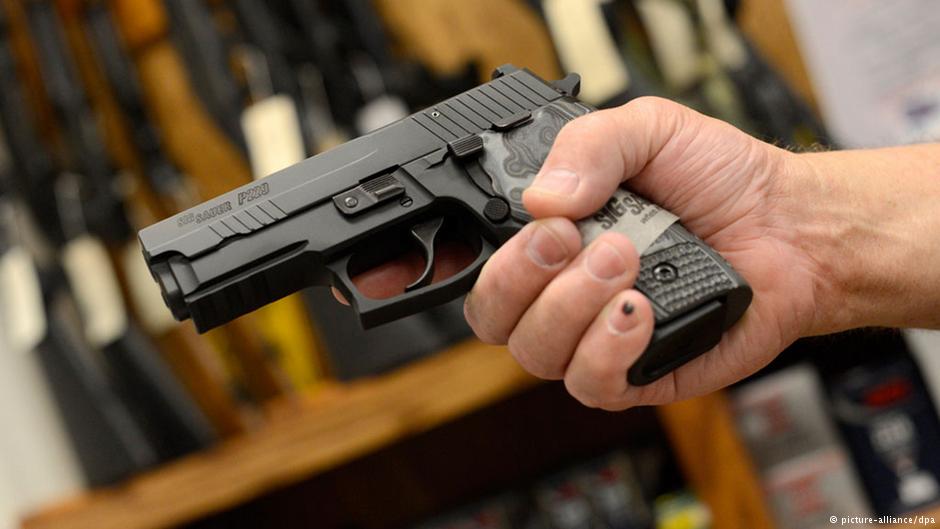 Sig Sauer is being sued for allegedly illegally exporting the gun to Mexico used by a drug cartel member to murder 12 people, including a prominent human rights activist. (Photo: Deutsche Presse‑Agentur)

“It’s a particularly horrifying case, but it’s also a special case – it’s very rare,” said Grässlin. “We have a convicted killer who confessed that he killed at least 12 people, and the gun’s serial number – and Sig Sauer themselves say it is one of their guns.”

Grässlin continued, saying his team didn’t know where the gun was assembled, but that it was created using German technology and made its way into Mexico.

Though the perpetrator likely obtained the firearm illegally, the German government banned export of firearms to the country, which is what Grässlin is basing his case on.

In a documentary which aired Sunday night on German state TV, Sig had claimed the gun was produced in New Hampshire and sold to a legal dealer in Mexico.

DW reported the Germany’s Federal Office of Export Control still requires an export license if “technology from Germany has been exported to the subsidiary company in the US in advance,” and told the German network it had not received an application for a license from Sig Sauer.

The gun manufacturer has been in the news recently here in the U.S. because of its fight against the federal government over the design and functionality of one of its muzzle devices, which the Bureau of Alcohol, Tobacco, Firearms and Explosives is calling a silencer and thus illegal.

Sig also recently scored a contract to supply the Oklahoma Highway Patrol with its P320, which is being used by multiple law enforcement agencies.