No matter whether you call it a “FitzGerald Special,” “Fitz Special,” “Fitz Colt” or simply just a “Fitz”, doesn’t change that the fact that there is possibly no more distinctive snub-nosed revolver in firearms history. Period. 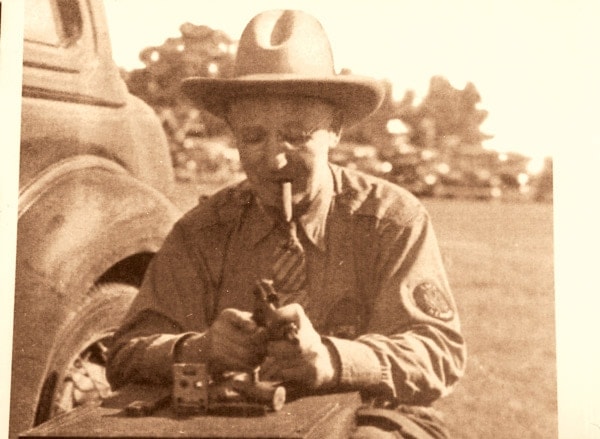 John Henry Fitzgerald (1870-1944) was the Massad Ayoob of his day. A former career New York cop, competition shooter, and writer, Fitz was a pioneer in combat handguns. He even wrote a pretty advanced book about it entitled, appropriately enough Shooting. Published in Hartford, Connecticut by the G.F. Book Co, it came out before anything written by Elmer Keith or Bill Jordan and when Jeff Cooper was but 10-years old.

After retiring from the NYPD, he worked directly for Colt from 1918 until 1944. The first ten years of it was in firearms testing where he fired over 6-millions rounds from new and experimental Colt pistols. After that, he traveled 30,000 miles each year to give exhibitions and train police departments.

He was also one of the premiere big game hunters and forensic ballistics experts of his day, appearing to give testimony in hundreds of trials. Tim McMullen, in American Beauty, his book about the Colt 1911, also gives Fitzgerald a lot of credit for the introduction of the National Match 1911 around 1933.

What Were the Fitz Colts?

Around 1926, Fitz began customizing both full size New Service, Police Positive, and Police Positive Special models to make them small concealed handguns, much like Colt’s then new Detective Special. This modification included shortening the barrel to two inches or less, fitting a new front sight, removing the hammer spur and carefully checkering the top of the now bobbed hammer, shortening the grip, and—unique to this type—cutting away the front 1/3 of the trigger guard and rounding off the now open edges.

This trigger guard surgery left the bulk of the hammer exposed while carefully shrouding the very bottom and back of it to avoid snagging in the pocket. The open trigger guard allowed faster firing, accommodated large or gloved fingers, and according to some accounts made the weapon easier to fire through a pocket (if needed). While these modifications were done to large frame revolvers, they were performed mainly to the smaller Colt Detectives.

Who owned a Fitz Colts? 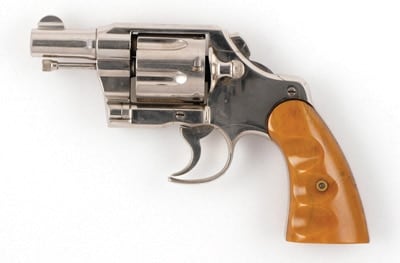 These guns were so custom at the time that they generally were not sold in catalogs or on shelves, relying on word-of-mouth special orders through Fitz’s huge and influential series of friends meaning these super rare wheel guns were owned and carried by some of the biggest legends of the time.

Colonels Charles “Boots” Askins and Rex Applegate, two of the all-time most dangerous hombres in the world carried them, as did Charles Lindbergh and William Powell.

Recently Clyde Barrow of “Bonnie and Clyde” famed personal Fitz was put up for auction. The Fitz, easy to spot with its distinctive carved away trigger guard, has graced the covers of magazines, novels and made guest appearances in numerous films and television series.

Askins once wrote that his Fitz was, “The grandest defense gun I have ever had was a Colt .45 New Service with the barrel cut down to two inches. The hammer had been dehorned … the trigger guard was cut entirely away in the front … the grip was shortened … it was a whiz for the purpose intended.”

Just about any time you see a modern production snubby with a super-short barrel, shortened grips, and a bobbed hammer, you can thank old Fitz. 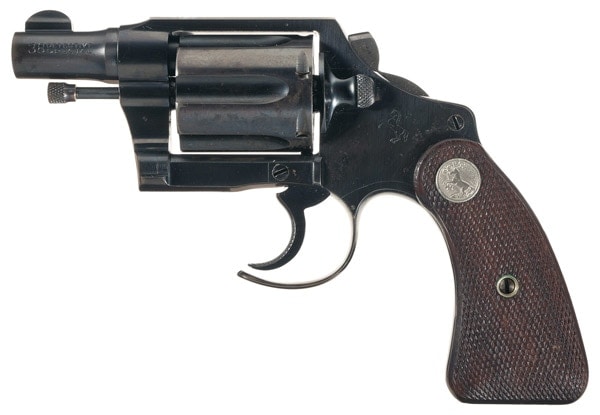 it’s estimated there are only about 200 factory Colt Fitz Specials.

While hard numbers are hard to find, it is estimated that less than 200 true Fitz Colts were made at the factory in Connecticut.

Some historians claim there are less than 40 all told. One distinguishing mark of factory Fitz is the Verified Proof  “VP” mark that the custom shop usually put under the cylinder crane.

Another is the checkered top of the hammer, however, some confirmed Fitz’s are missing these features. Bottom line is that these rare revolvers can only be verified through Colt’s historians themselves so be careful about fakes out there.

If you are lucky enough to have one that shipped from Colt as a factory Fitz Special, they sell at auction, in fine condition, from $5,000-$10,000 depending on provenance. This factor can double if it was owned by a famous personality and you have the paperwork to prove it.

For decades now a popular pastime for gunsmiths (of all skill levels) has been making their own Fitz Colts. These are often made from Detective Specials (made from 1926 to 1944) and are sometimes passed off as genuine, so be careful. There are also a number of K and J frame Smith and Wesson’s floating around that have been Fitz’ d and these are subject to whatever value the buyer places on them.

A word of warning for safety reasons on both genuine and back yard Fitz style revolvers. Extra and special attention needs to be paid to the primary rule of keeping your finger off the trigger until ready to fire due to the cut away trigger guard. This is especially true on many of the firearms that went through Fitz’s own hands as often the pull has been lightened to as little as 3-pounds through a custom trigger guard.

This article was originally published on Guns.com on November 12, 2012 titled “The Fitz Colt: The snub-nosed revolver benchmark”