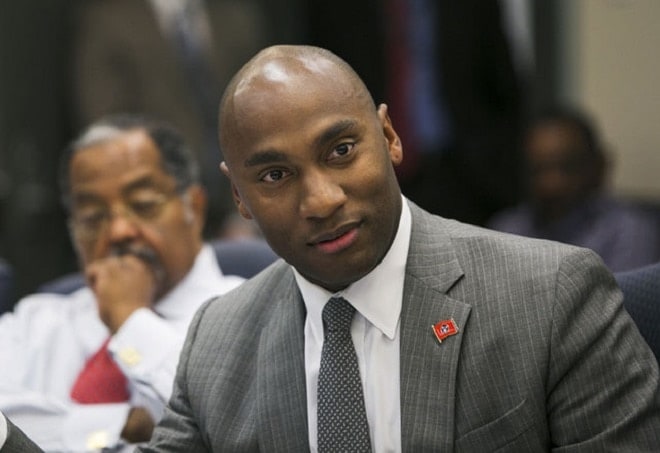 Just months after Gov. Haslam signed a bill against gun prohibitions in parks, lawmakers have introduced a bill to allow them in certain cases.

The state legislature passed a contentious bill repealing the authority of cities and counties to ban guns from local parks with a host of compromises to earn Haslam’s signature in April.

Now, key Democrats have pre-filed a proposal for the 2016 session to insert an exemption to the new law for events such concerts, sporting activities and festivals that require tickets.

The measure is backed by Senate Minority Leader Lee Harris from Memphis and Rep. John Ray Clemmons of Nashville, both Democrats.

“Allowing guns in areas with large crowds where alcohol is consumed is a recipe for disaster, and creates a grave danger for law enforcement officers, who might not be able to distinguish friendlies with a gun from criminals,” said Harris in a statement released this week by the Senate Democratic Caucus.

“Concert promoters made clear that they want the ability to ban weapons at their events, and rely exclusively on law enforcement and security to keep attendees safe,” contends Harris. “Concerts generate millions of dollars of economic activity in Tennessee each year, and we have to take their concerns very seriously.”

The proposal, Senate Bill 1432/House Bill 1409 would mandate that any event held in a public space in which a ticket is charged for admission could trigger a gun ban for the length of the event. It would further clarify gun bans in public arenas where sporting events are held.

Clemmons advised the amendment to the new law comes as a response to feedback received from the community.

The measure has drawn early fire from Tennessee Firearms Association Executive Director John Harris who contends permit holders should be able to carry on public areas paid for through taxpayer dollars.