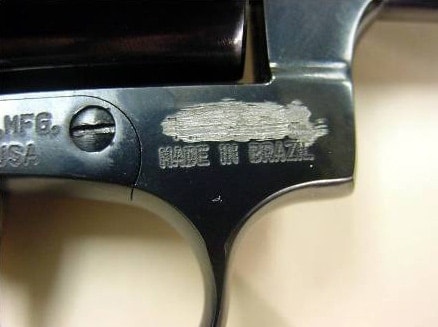 An example of a revolver with a filed off serial number.

A 19-year-old felon has been charged with possessing a firearm with an obliterated serial number, according to the U.S. Attorney’s Office in northern Indiana.

Richard Balderas, of Hammond, Indiana, which is located about 25 miles east of Chicago, was indicted on Aug. 19 after investigators discovered he was in possession of a .357/.38-caliber revolver with a filed off serial number.

The case was investigated by the Federal Bureau of Investigation’s Gang Response Investigative Team and Hammond Police.

The U.S. Attorney’s Office said if convicted in court, any specific sentence to be imposed will be determined by the judge after a consideration of federal sentencing statutes and the Federal Sentencing Guidelines.