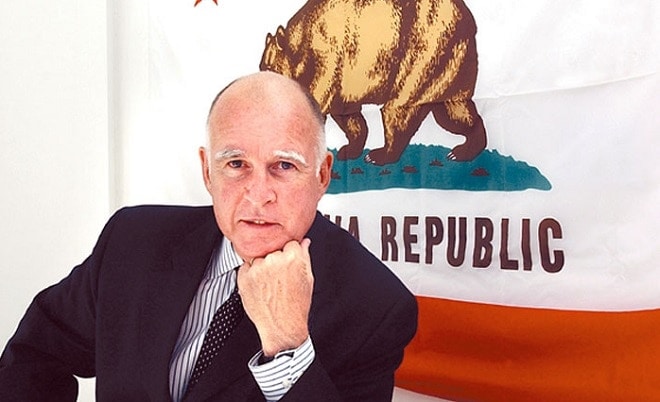 A bill on Gov. Jerry Brown’s desk, should it become law, may bring the state into fresh litigation over gun rights. (Photo: AP)

The measure, passed the Senate in a 23-12 vote in June sending it to the Assembly where it cleared in a largely partisan 54-24 roll call this week and is winging its way to Brown’s desk.

Gun rights advocates are urging a veto while issuing a warning that, should the Governor sign SB 707 into law, they will see the state in court.

“If Governor Brown signs SB 707, we will file for an injunction in federal court at the very first opportunity,” said FPC President Brandon Combs in an email to Guns.com. “After we win that case, we will systematically challenge similar injustices, not only in California but across the United States. I’m sick and tired of law enforcement political organizations bending law-abiding gun owners over a barrel.”

The bill drops the current exception to the 1994 California Gun Free Schools Act for carry on campuses across the state by those with a valid permit. Backed by a mix of public university heads, police lobby groups and gun control advocates, those who violate the pending law would be liable for a felony charge resulting in as much as five years in state prison.

Exemptions are in place for current and retired law enforcement officers to carry if authorized by their former agency, the latter of which, Combs argues, is in violation of the Constitution on 14th Amendment equal protection grounds, citing a 2002 precedent.

“The Ninth Circuit decided well over a decade ago that retired police officers are no different than retired plumbers for the purposes of gun laws,” Combs said. “SB 707 deepens the divide between law enforcement and the millions of good, law-abiding people they serve. It’s bad policy and it’s unconstitutional.”

Nevertheless, it’s not just the current bill that is under the gaze of the Second Amendment group over police exemptions. FPC has identified no less than 15 different California laws exempting retired law enforcement personnel they feel would likely be struck down by the courts.

“Californians are losing their Second Amendment rights,” Combs said. “Special interest groups like the Sacramento Deputy Sheriffs’ Association lobby to pass gun control for us ‘regular people’ but cut shady backroom deals to get their own special exemptions from laws – special privileges that last well beyond their law enforcement careers.”

Once SB 707 reaches Gov. Brown’s desk, he has 12 days to review before making a decision.