The heartbreaking story behind this little boy's Captain America shirt 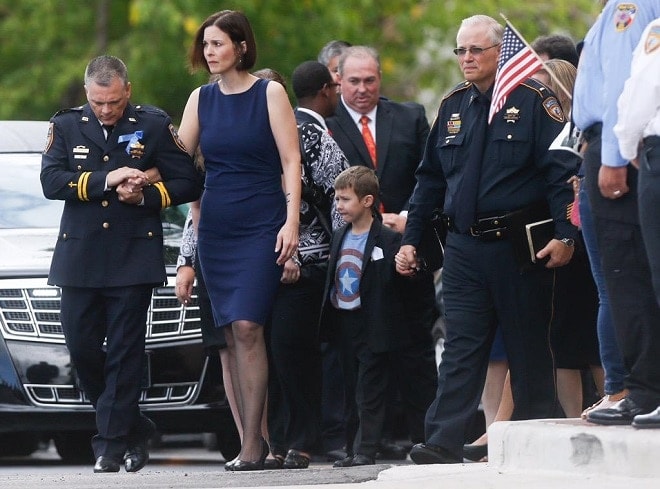 The image by Houston Chronicle photographer Cody Duty from the funeral of Texas sheriff’s Deputy Darren Goforth has tragic story behind it.

Both Goforth and his son are clad in matching Captain America shirts for the funeral, with the slain officer buried wearing his under his uniform.

Duty captured the image Friday morning as the family entered Second Baptist Church before the service for the fallen lawman.

Goforth, 47, had just finished working a traffic accident when he pulled into an area gas station about 8:30 p.m. on Aug 28. That’s when officials believe Shannon J. Miles, 30, approached Goforth from behind and shot him multiple times. After the deputy fell to the ground, Miles fired several more rounds, then fled from the scene.

Goforth, who left behind a wife and two children, was pronounced dead at the scene, while Miles was apprehended the following morning, about a mile from where the shooting occurred.