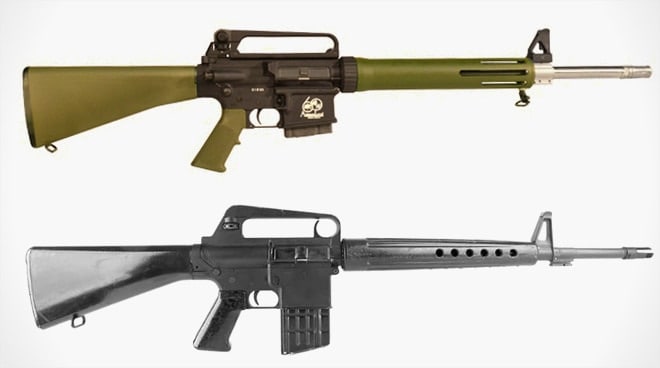 Armalite is celebrating the 60th anniversary of the storied AR-10 with an exclusive run of 60 commemorative target rifles. The new AR-10(T) is an updated design that uses modern standards with custom engraved lowers.

The first AR-10 prototypes were produced in the mid-1950s, and while it only went into limited production then, it paved the way for today’s most popular firearms, creating a legacy that will stand out for decades to come.

The AR-10(T) uses contemporary receivers with an upper complete with a shell deflector, forward assist and flattop rail. It also has a standard charging handle as opposed to the original top charger, which had heat issues. The lower also follows today’s conventions and drops the slab sides for modern lines. Both are forged 7075-T6 hard-anodized aluminum. 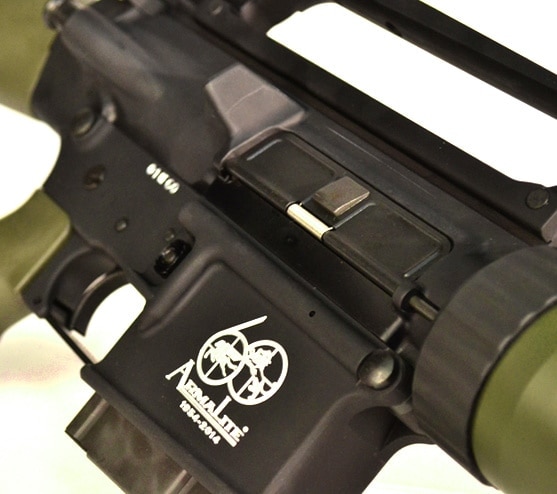 Each lower is custom engraved with the 60th anniversary logo. (Photo: Armalite)

It has an A2-style stock and polymer pistol grip and a completely free-floating ventilated aluminum handguard. The handguard matches the olive drab stock and pistol grip with a Cerakote finish. The AR-10(T) also comes with a match 2-stage trigger.

The AR-10(T) is built around a stainless steel match-grade barrel with a shiny white stainless flash hider, another updated component. Like the archetypal AR-10, the AR-10(T) is of course chambered for .308 Winchester/7.62 NATO.

The front and rear sights are detachable and follow the fixed carry handle style. The railed gas block is stainless steel to match the barrel and flash hider. All of the other steel components have a manganese phosphate finish. The AR-10(T) has a pair of sling loops, one on the handguard and one on the stock. It weighs just over 10 pounds unloaded.

The AR-10(T) is a solid re-imagining of the first models, especially with the boom in popularity the design has seen in the past few years. And even though the AR-15 — its .223 Remington/5.56 NATO descendant — is America’s best-selling rifle, .308 Win./7.62 NATO ARs are rapidly closing the gap in terms of availability and popularity.

Armalite’s anniversary edition is also priced right with an MSRP of $1,799. While it may command a small price premium over a DIY .308/7.62 AR, it has the full backing of Armalite, and each is just one of 60, fit for just about any rifle collection.